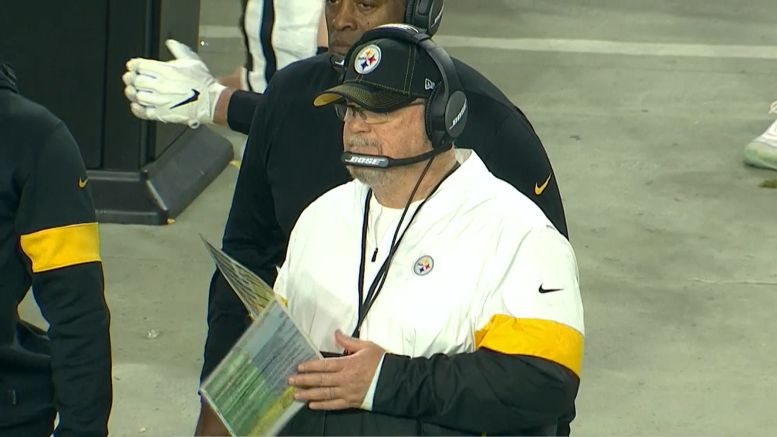 While the Pittsburgh Steelers didn’t have as splashy a free agency period in 2020 as they did a year ago, it still seems as though more fans are more excited about new quarterbacks coach Matt Canada than they are about any of the new veterans the team signed, with Eric Ebron being the only one really in competition.

Despite nominally being the quarterbacks coach, it’s been made pretty clear that Canada, who has a lot of experience as an offensive coordinator and in general a football mind at the college level, will have a greater influence than simply instructional work with his designated position group.

Whether it’s because they already desired to do so or because it’s what Canada wants to do, his presence has seen the offense incorporate more pre-snap motions and shifts and adjustments than the team has been familiar with. Offensive coordinator Randy Fichtner was asked on Thursday about the benefits of using these pre-snap motions.

“I think any variation of deception is always good”, he said, via a transcript provided by the team’s media department. “I think it always allows you to potentially maybe unsettle a defense, if you will. It’s not the last thing over the course of a ball game, but maybe, in situational football at certain times, it’s always going to be potentially an advantage”.

One of the principle values of utilizing pre-snap motion is that it can force the defense to declare assignments. For example, if an outside linebacker is hovering over the slot and you shift your running back from the backfield to the slot on the opposite side and he follows, then you know he has a man-coverage assignment.

“At the end of the day, no matter what you choose and how you choose to do it, those are the main things”, he continued. “Those are the things we strive for. Like I said, we’ve had an interesting camp from the standpoint of guys buying into anything and everything we’ve tried to take a peek at”.

As a reminder, what the Steelers run in training camp and the offseason in totality doesn’t always end up being what they run once the regular season starts. Mike Tomlin during his Tuesday pre-game press conference also essentially tapped the brakes when it comes to things getting too creative too soon to start the season.