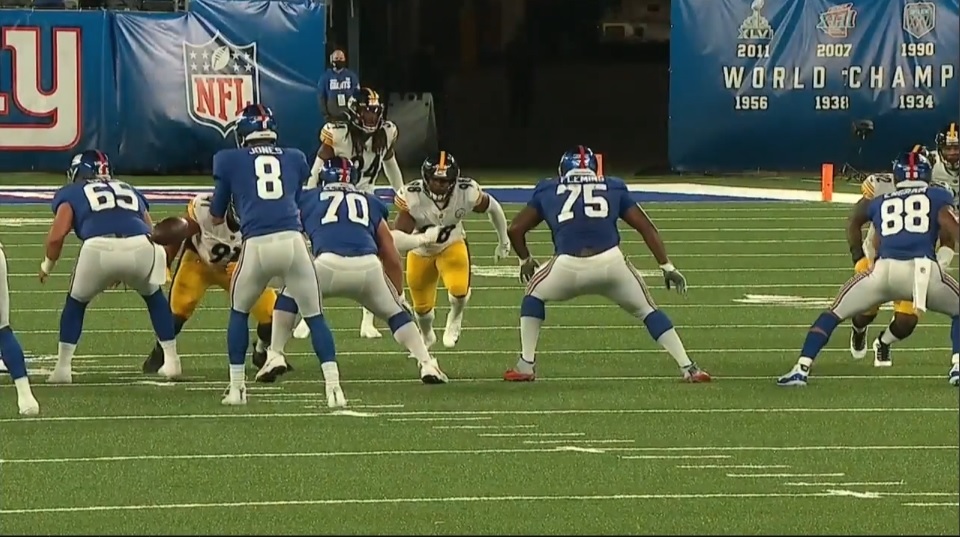 Finished our Pittsburgh Steelers’ defensive charting for the team’s Week One victory over the New York Giants. We won’t do this every single week, once every quarter, but to get the season kicked off, here are some of the notable notes from the Week 1 defense.

Steelers defense on the field for 68 total snaps Monday.

– Keith Butler was in attack mode. He sent 5+ on 57.1% of passes and blitzed 51% of the time. Mike Hilton was the most frequent blitzer, sent a whopping nine times. He ended the game with a sack. Vince Williams was sent six times, and Devin Bush was sent seven (though some of them were Green Dogs where the back stayed in).

– Here are the pressures recorded Monday. And there’s plenty of them.

– TJ Watt rushed with his hand in the dirt 23 times. Alex Highsmith did it twice on limited snaps.

– Robert Spillane saw eight snaps in place of Vince Williams, who was either rotated out or got dinged up in the second half.

– Some coverage/target stats from the secondary.

Nelson didn’t allow a TD all last year. Gave up his first in a Steelers’ uniform in the waning minutes of the game.