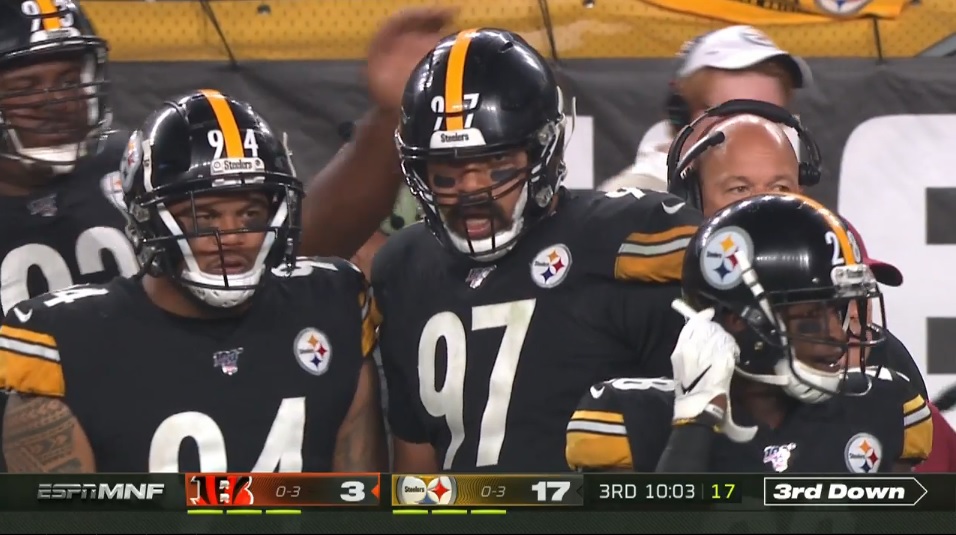 It’s been a long, trying off-season for a myriad of reasons, but here’s some good news today: We’re into September and real football is right around the corner.

We’re also to the end of the Ranking the Steelers’ Starters series here at Steelers Depot, counting down No’s 3-1 today.

Let’s take one final look at the list to this point:

Quietly, DeCastro continues to be one of the best right guards in all of football.

Entering his ninth season in black and gold (hard to believe it’s been that long), DeCastro remains a stalwart on an aging offensive line. He’s still an elite-level run blocker and more than holds his own in pass protection.

It’s very hard to find many flaws in DeCastro’s game at this point in his career. He’s to handful of years ahead of high-level play from 66.

Heyward elevated his game once again, pushing himself solely into the No. 2 spot behind Aaron Donald as the best defensive lineman in football. It doesn’t matter who is attempting to block him; Heyward wins the matchup.

Not only is he a terrific run blocker, he’s a high-level pass rusher from the interior, causing a lot of havoc for opposing offenses. Here’s hoping he gets a long-term deal done; he’s on a Hall of Fame trajectory.

Watt was absolutely robbed last season for Defensive Player of the Year honors, plain and simple.

It’s very hard to find a pass rusher as consistent and as disruptive as Watt, who is on a historic pace when it comes to getting to the quarterback. With Dupree across from him, Watt is nearly unblockable and somehow gets better each season.

Last season showed Watt was ready to be the face of the franchise and one of the elite young defenders in all of football. He can single-handedly change the game and has become a defender teams have had to gameplan for. Surprisingly, I think his best football is ahead of him.