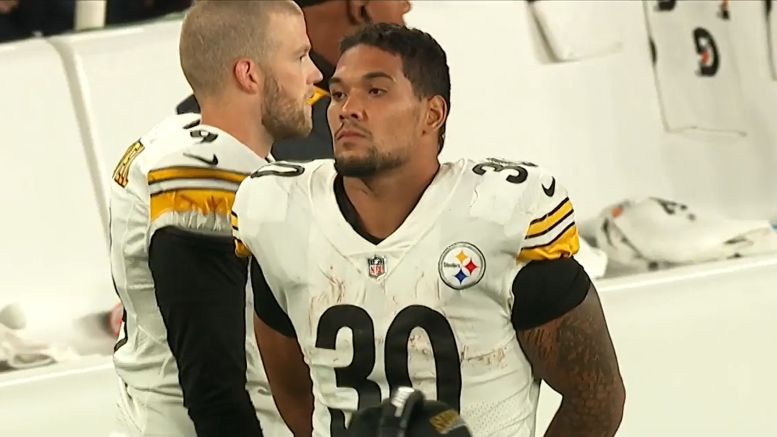 James Conner was looking for a big rebound season in 2020, after being very limited last year, playing fewer than half the number of snaps on offense than he had played the previous year—a year in which he missed three games due to a high ankle sprain.

The fact that the Pittsburgh Steelers running back is in the fourth and final year of his rookie contract, and playing for free agency in March, is also a factor here, even if he won’t come right out and say it, continuing to say that he wants to spend  his whole career with the Steelers.

His comeback season did not get off to a good start. Not only did he struggle, significantly, both in the running game and in the passing game, he suffered an ankle injury and missed the majority of the game, which resulted in Benny Snell and Jaylen Samuels carrying the load for most of the way.

By the time of his injury in the first half, he carried the ball six times, but he gained just nine yards, his longest run going for just three. He caught two of four targets in the passing game for eight yards, with a dropped pass. In all, he had 17 yards of offense on eight touches, or barely over two yards per touch.

This is a player who totaled 1470 yards from scrimmage in 13 games with 13 scores during the 2018 season while being named to the Pro Bowl, averaging 5.4 yards per touch on 270 total touches, including 4.5 yards per rush on 215 attempts.

But while he was eventually able to climb his way to 4.0 yards per carry last season (rounded up), Conner only managed 116 rushing attempts in 2019 due to a series of injuries, highlighted by a shoulder injury suffered in Week Eight during one of the best games in his career, rushing for 145 yards, a yard shy of his career-best total. On 150 touches, he totaled 714 yards, less than half of his previous total, averaging 4.8 yards per touch.

On the bright side, Snell looked good in Conner’s absence against the Giants, particularly in the second half and into the fourth quarter as the game churned along and the Steelers were protecting a lead. He rushed for over 100 yards, officially the first 100-yard rushing game of his career after hitting 98 in Week 12 as a rookie.

Anthony McFarland is also on the 53-man roster, the rookie running back out of Maryland, though he was a healthy scratch for the contest. Obviously if Conner misses time, he will get a helmet and will allow the Steelers to continue on with three backs with a diversity of skill sets.

At the very least, the early indications are that his injury does not appear to be very serious, though on a short week, he may have a difficult time being ready for Week Two, or at least to be expected to be unlimited. With the way Snell played in his absence, however, they surely wouldn’t force that on him.