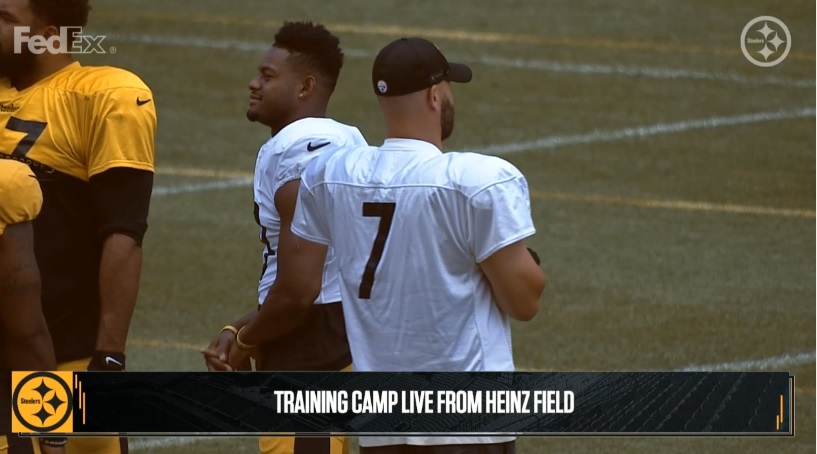 About the only critique the Pittsburgh Steelers made in evaluating Ben Roethlisberger’s rehab and recovery this season was the most tepid of comments. Nearly two weeks ago, Mike Tomlin said he wanted to see a slightly tighter spiral from his starting quarterback. Based on comments he made following today’s practice, he’s gotten his wish.

“I like his velocity,” he told reporters. “I acknowledge that I have seen his spiral tighter. But I also acknowledge it’s August and we’ve got roughly a month before we step into a stadium. So we’ll all keep working.”

Tomlin made the initial comments on August 6th during an appearance on NFL Network’s Good Morning Football. While he echoed the overall sentiments made by the team throughout the past few months, he did sneak in wanting to see his spiral be a little more Ben-like.

“I’ve watched him throw a couple of times this week and, you know, he appears to have Ben-like velocity. You know, I’m still looking for that extremely tight spiral that I’m used to seeing and so there’s still some ground to cover, but we still have some time.”

To be fair, Roethlisberger’s never thrown the “prettiest” ball in the world but it hasn’t stopped him from becoming a two-time Super Bowl champ and future first-ballot Hall of Famer. Roethlisberger has received plenty of work throughout camp, throwing on most days, including the first two padded practices. Tomlin did add Roethlisberger’s on a structured throwing schedule and it’s reasonable to believe he’ll have an off day sooner than later. After all, he’s still a 38 year old QB coming off serious elbow surgery with hopefully a long season ahead of him.

Overall, there’s been no indication of him suffering a setback or anything alarming with his recovery. Without preseason games to discuss, he’s seemingly checked every single box possible until the regular season gets underway.