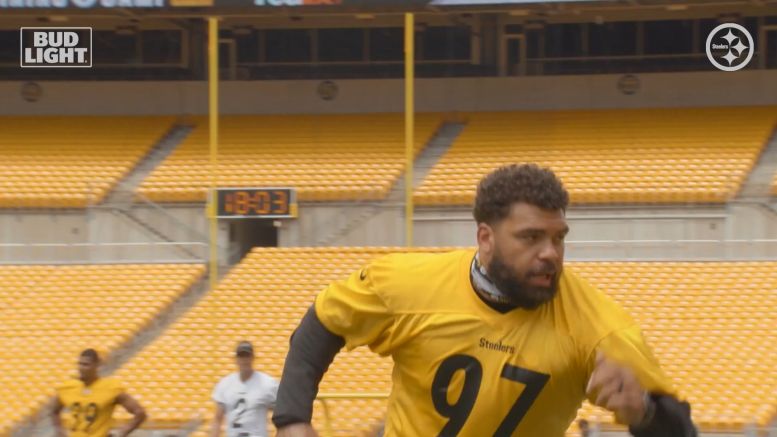 Another NFL defensive player cashed in big on Saturday and the impact of that deal might have very well set a floor market valuer amount for Pittsburgh Steelers defensive tackle Cameron Heyward, who is likely hoping to sign another contract extension in the next four weeks.

According to multiple media reports on Saturday, the Green Bay Packers have signed nose tackle Kenny Clark to a four-year, $70 million contract extension, which makes him the 12th-highest-paid defensive player in the NFL. That deal, according to Adam Schefter of ESPN, includes a $25 million signing bonus and runs through the 2024 season. Clark will reportedly make $37 million in the first two years of the deal.

Clark, who was originally selected by the Packers in the first round of the 2016 NFL Draft out of UCLA, was previously scheduled to earn $7.69 million in 2020 so it sounds like he’ll have a first-year (2021) new money earnings of $29.31 million, which is very strong and especially with him technically being a nose tackle. In all likelihood, the reported $25 million signing bonus that Clark received is the only fully guaranteed money in the deal.

Assuming the numbers being reported are correct, Clark now has a new money average of $17.5 million and if you’ve read my previously posts concerning Heyward and a potential extension for him this offseason, that’s right about where I have pegged his market value at entering the 2020 season.

If you compare the raw defensive stats of both Clark and Heyward from the last four seasons, the latter easily wins. Yes, Clark is an exceptionally good player, but Heyward is an even better one and an All-Pro at that.

So, does Clark’s extension impact Heyward much? Big picture, probably not much, if any. If anything, Heyward’s bottom market value is probably just a tad more as of Saturday and maybe somewhere between $17.75 and $18 million.

If, however, Heyward were to give the Steelers a discount, and I don’t think that he should, his floor market value should be no less than a $16.7 million new money average, which would result in him being the seventh-highest paid interior defensive lineman in the NFL behind Aaron Donald, DeForest Buckner, Chris Jones, Clark, Fletcher Cox, and Grady Jarrett.

Will the Steelers ultimately get Heyward, who is scheduled to earn a mere $9.5 million in 2020, signed to an extension in the next 30 days? While I think there’s a good chance that ultimately happens, there’s been no recent reports indicating that a deal is close to being consummated.

Should the Steelers ultimately fail to get Heyward signed to an extension prior to the start of the 2020 regular season, odds are good that no negotiations will resume until after the season. Heyward would then be on course to become an unrestricted free agent in March and the Steelers would likely need to place the franchise tag on him to ensure that he stays in Pittsburgh at least through the 2021 season.

The last extension that Heyward signed happened in July of 2015 and included the former first-round draft pick receiving a $12 million signing bonus.