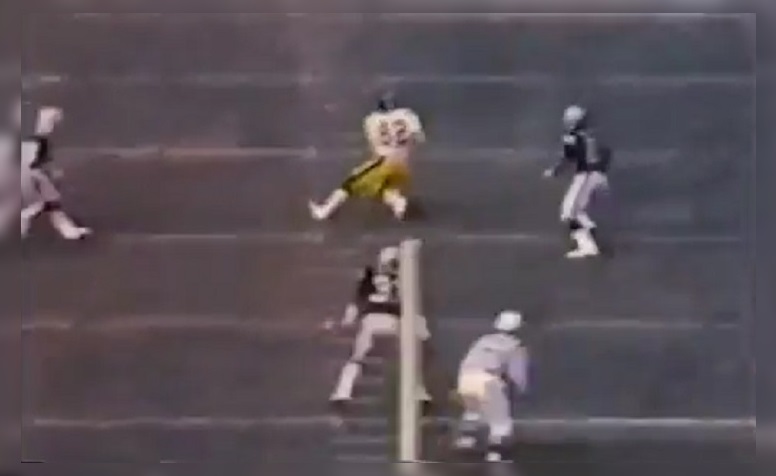 I’m attempting to revive a short series of posts prior to the regular season getting underway in which I take a look back at a few Pittsburgh Steelers players who were the last ones to wear certain uniform numbers before another player wore it and made it famous.

I’m returning to this series on this Sunday with a look back at the last Steelers player who wore No. 82 before Hall of Fame wide receiver John Stallworth wore it and made it famous.

In March of 1967, the St. Louis Cardinals drafted wide receiver Dave Williams out of Washington in the first-round and with the 16th overall selection. He reportedly exited college measuring in at 6’2″, 205-pounds and was also a track star in college. In his first five seasons in the NFL with the Cardinals, Williams caught 162 passes for 2335 yards and 22 touchdowns in 67 games played in.

The Cardinals traded Williams to the San Diego Chargers in February of 1972 and the wide receiver managed to catch just 14 passes that season for 315 yards and three touchdowns. Williams started the 1973 season with Chargers but was waived by them that October after catching just seven passes for 118 yards in the six games that he played in.

The Steelers subsequently claimed Williams off waivers from the Chargers due to a few wide receivers, Ron Shanklin and Frank Lewis, dealing with injuries. After being acquired via waivers in later October of that 1973 season, Williams reportedly saw action in just one regular season game several weeks after joining the team. That game was the Steelers Week 14 contest against the San Francisco 49ers. The Steelers won that game, but Williams failed to register any stats in that contest.

Williams also ultimately played in the Steelers 1973 playoff loss to the Oakland Raiders and registered one catch for 14 yards. That catch you can see below and it’s the only footage I could find of Williams in a Steelers uniform.

The Steelers waived Williams early in 1974 and the wide receiver landed in the WFL with the New York Stars via a draft and then subsequently traded to the Southern California Sun. The Steelers went on to select Stallworth in the fourth-round of the 1974 NFL Draft out of Alabama A&M and he wore No. 82 his entire NFL career

After two successful seasons in the WFL, Williams became the first ever player signed by the expansion Seattle Seahawks in November of 1975. Williams, however, would never play a down for the Seahawks as the team waived him in early 1976 after he suffered a knee injury that required surgery while competing in a professional track meet.