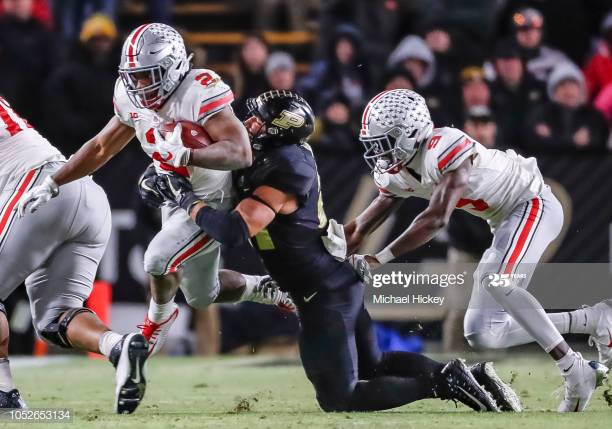 The Baltimore Ravens’ J.K. Dobbins is just one of the latest second-round draft picks who believes he was overlooked in favor of inferior players. The running back was not taken until the 55th-overall pick. While only one running back was taken in the first round, and that at pick number 32, he did see four running backs in total get selected ahead of him.

“I don’t need any fuel”, he said, “but it added fuel” to fall out of the first round. “It was kind of shocking”, he added, but insists that he “fell to the right team”, now in a running back room that includes Mark Ingram, a veteran coming off of a Pro Bowl year and heading into his 10th season in the NFL.

For their part, the Ravens also more or less said that they were shocked when Dobbins was available to them in the second round, fully believing that he would be selected by the time they made their second pick of the draft, the first of which they used to address the inside linebacker position with Patrick Queen, their biggest area of need.

Baltimore is coming off not just a great running season, but a record-breaking one, as their 3296 ground yards during the course of the 2019 season was the most any team had ever gained in a single season in NFL history. They recorded nearly 600 rushing attempts to 440 passing attempts, and accomplished the rare feat of rushing for more yards than they passed for. They also combined for 21 rushing scores.

Much of that, however, was due to Lamar Jackson at quarterback, who set a new positional record by rushing for over 1200 yards, which also led the team. Ingram also had over 1000 yards, while Gus Edwards rushed for 711 and rookie Justice Hill even contributed 225.

All three of those running backs, plus Jackson of course, return for 2020, now paired with Dobbins, a player they view as somebody who will be a long-term starting, featured back in the NFL. Of course, they can be patient with him, and give him time to grow into that role, with the rest of the backfield they already have.