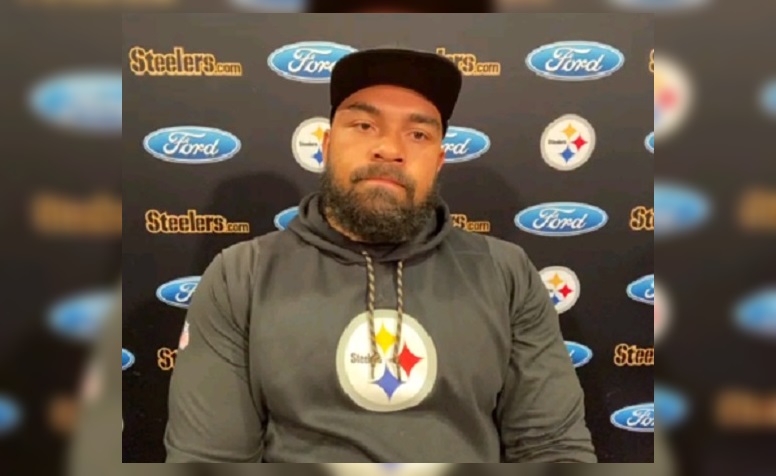 If the Pittsburgh Steelers wind up signing any players to contract extensions prior to the start of the 2020 regular season, it’s a good bet that defensive captain Cameron Heyward will be the first and probably the only one. While it’s long been speculated that Heyward will sign a contract extension prior to the team’s first game of the 2020 season, the former first-round draft pick out of Ohio State indicated once again on Monday that no real progress has been made in that area and that essentially everything remains status quo.

“Honestly, there’s no new updates,” Heyward said during his Monday Zoom call, according to Brooke Pryor of espn.com. “I think we’re in the third week of camp. Nothing of any substance. Y’all know where I stand. I want to be a Pittsburgh Steeler. I want to lead this team to a Super Bowl, but we’ll see where we are.”

While Heyward did confirm on Monday that his agent has been talking to the Steelers about a possible contract extension, it’s very evident that the two sides are far from coming to any sort of an agreement with four weeks now remaining until the start of the 2020 regular season.

“I love being a Pittsburgh Steeler, but it takes two to tango,” Heyward reportedly said, per Pryor. “I love being here, but we’ll just have to see what happens. There’s a couple more weeks to the season, all I can focus on is what I can control, and we’ll leave it at that.”

Heyward also indicated again on Monday that fallout from the ongoing coronavirus pandemic has played a part in contract extension negotiations not seemingly moving along as fast as many speculated, they might after the 2019 NFL season ended in February.

“Dealing with the coronavirus halted a lot of things,” Heyward said. “Early on, we set dates to talk, we went past those dates and nothing got resolved. My agent is talking to them, but there hasn’t been anything of substance.”

A few other defensive tackles around the NFL have signed lucrative contract extensions the last several weeks and leading that list of players is Chris Jones of the Kansas City Chiefs and Kenny Clark of the Green Bay Packers. Both players are now in the top five highest paid interior defensive linemen in the NFL and thus way ahead of Heyward, who entered Monday 20th on that list, according to Over the Cap.

While Heyward did turn 31 years of age back in May, he’s still very much in his playing prime and thus showing no signs of losing ground to the undefeated Father Time. Based on the recent contracts signed by Jones and Clark, Heyward’s current market value should be between $16.75 and $17.625 million as a new money average. Heyward is currently set to earn just $9.5 million in 2020, which is the final year of the six-year, $59.25 million contract that he signed back in 2015, which was essentially a five-year extension due to him having his fifth-year option picked up in 2014.

Regardless of how things ultimately play out for Heyward in the next four weeks, the Steelers defensive captain doesn’t sound too terribly concerned about his contract situation or the fact that a few other defensive linemen around the NFL were recently able to get big deals done.

“It’s pretty uncertain right now,” Heyward said on Monday, per Missi Matthews of steelers.com. “I don’t know what to think…I want to have faith, but I’m going to be ready to play either way. I’m going to be locked in to play the season and this won’t be a hindrance on my performance this year.”

Four weeks is still plenty of time for the Steelers and Heyward to come to some sort of an agreement and it’s not uncommon for the organization to get extensions done with just a few days or hours left in the offseason.