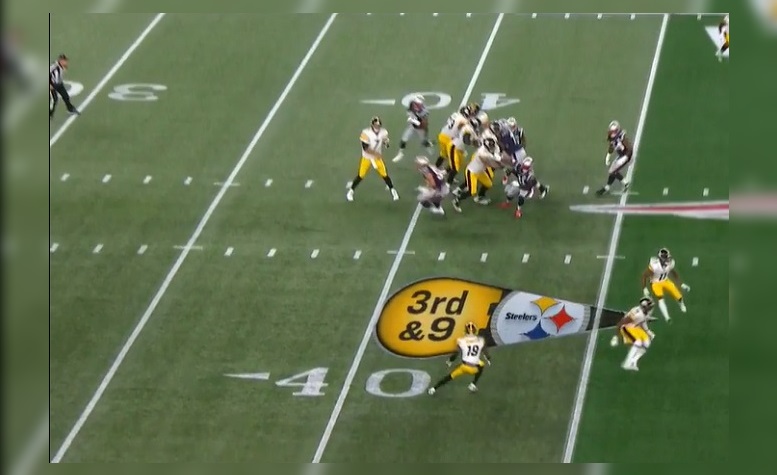 Pittsburgh Steelers wide receiver Diontae Johnson had a whirlwind rookie 2019 season that included him battling through injuries as early as rookie minicamp and then having to play with three different quarterbacks throughout the year. In the first six quarters of the 2019 season, Johnson was on the field with starting quarterback Ben Roethlisberger for less than 30 offensive snaps before the offense’s leader was lost for good to an elbow injury. Because of that, Johnson’s now really looking forward to being able to play a lot more with Roethlisberger in 2020.

“I am looking forward to getting on the field with Ben this year and being able to help him win games and a championship too,” Johnson said on Wednesday during his training camp media session. “I know how hard he worked this offseason to get back healthy and I know how hard I have been working to prepare myself for this season. To be able to get back on the field with him this year is amazing. I can’t wait to get it going.”

While Johnson didn’t get the opportunity to practice or play that much with Roethlisberger during his rookie season, the second-year Toledo product made it clear on Wednesday that he’s already noticed quite a few different things about the quarterback so far this offseason and through the first few days of training camp practices. For starters, Johnson has noticed a difference in Roethlisberger’s surgical repaired arm.

“Ben’s arm is way better than it was last year,” Johnson said on Wednesday.

“Everybody wants to play for Ben. He is our leader. He is our quarterback. Everybody is locked in every play, knowing what we have to do. Just the energy he brings to the offense, you want to play for a guy like Ben. He will help you make plays and you want to make him look good.”

Johnson also said on Wednesday that he’s noticed a few other different things about Roethlisberger so far this offseason.

“He is different this year,” Johnson said. “He is more excited. He is anxious to get on the field and play with us. That makes you want to play for him even more. That is one of the things I have seen from him, him engaging with me more this year. Being able to talk to him and have that connection, we are going to keep building that.”

As a rookie, Johnson led all NFL receivers in receptions with 59 that resulted 684 yards and 5 touchdowns. Only three of those receptions, however, came from Roethlisberger and all coming in the team’s Week 1 loss to the New England Patriots. The longest reception that Johnson registered on a pass from Roethlisberger as a rookie was 9 yards and the young wide receiver said Wednesday he’s hoping to show the quarterback in 2020 he can make plays for him down the field as well.

“I feel like I can be that guy,” said Johnson. “My ability to make plays off the line, out of my breaks, and make plays down the field gives him an option to come to me on third down, whatever down it is. I just want to be consistent for him.”

More than anything else, Johnson’s just trying to help Roethlisberger accomplish the main team goal on a week-to-week basis in 2020.

“I am just trying to help him win games,” Johnson said Wednesday.