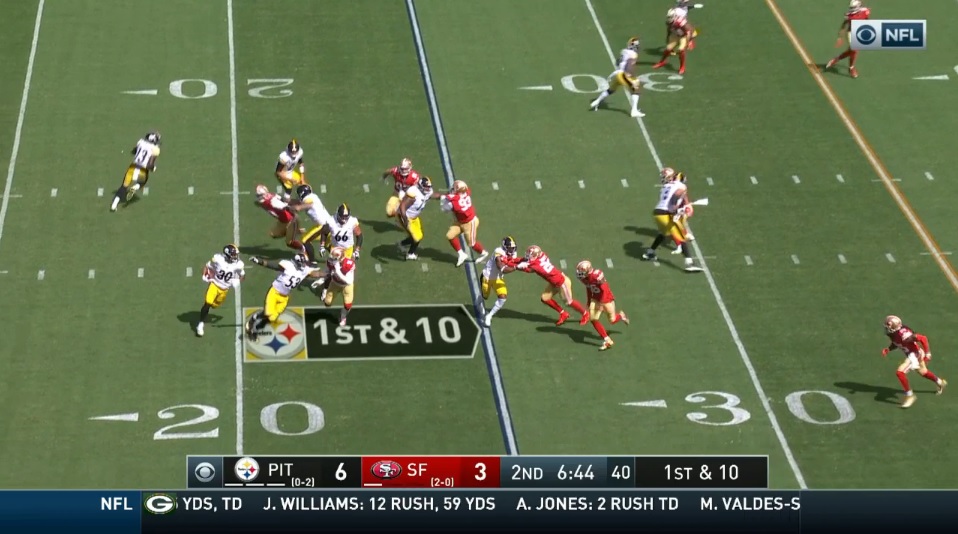 Yes, Matt Canada is the Pittsburgh Steelers’ QB coach. But his biggest impact on the offense might come in the moments the quarterback does nothing but hand the ball off. Offensive coordinator Randy Fichtner spoke to the media Thursday and noted Canada’s experience will help in all elements of the Steelers’ offense.

Having Coach Canada as another experienced coach in the room is only gonna help coach Faulkner’s one year in the system and being able to communicate,” he told reporters via Zoom. “I just think that as a group, we were fairly young there. And as you just mentioned taking out Coach Munchak, he’s hard to replace in general. He’s a dear friend of mine and a respected colleague.”

Fichtner is right in assessing the youth in the coaching room. Shaun Sarrett has been with the team for years but 2019 was his first as the head offensive line coach, not Munchak’s assistant. They had a new RBs coach in Eddie Faulkner and went out-of-house to hire an o-line assistant, bringing in Adrian Klemm. All three men are returning for 2020.

Injuries at quarterback and running back are partially to blame on the Steelers’ ugly run game, a unit which ranked 29th in yards, touchdowns, and 30th in yards per carry. But there were schematic issues up front, which we highlighted mid-season. Too often, linemen were put in seemingly impossible tasks to reach a player or a combo block that had little chance of working.

An offensive line coach is sorta a defacto run game coordinator and Sarrett needs to do a better job this year. Canada’s influence of pre-snap design, using motion and window dressing, will help the run game by forcing defenses to adjust on the fly, create new gaps, and hopefully confusion in the defender’s run fits. Though Canada is of course new to the organization, Fitchner thinks the returning experience combined with some fresh ideas is a winning combination.

“I do believe as a group, just like you were talking about players, you see a staff that’s having time to mesh and be more coordinated. And be more open to other ideas and possible ideas and the best things that we can possibly do to put our guys in the best chance to have success.”

Pittsburgh’s run game hasn’t ranked in the top half in yards or yards per carry since 2016. This year’s run game will be led by James Conner with Benny Snell and rookie Anthony McFarland backing him up.