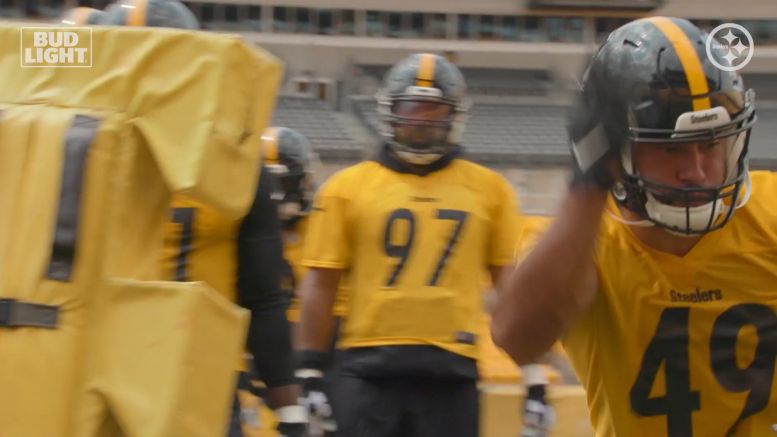 The San Francisco 49ers have claimed former Pittsburgh Steelers’ OLB James Lockhart off waivers, according to this tweet from MMQB’s Albert Breer.

Via the wire, the Niners were awarded ex-Steelers DE James Lockhart off waivers.

Pittsburgh released Lockhart yesterday in order to sign WR Saeed Blacknall back to their 80 man roster.

Lockhart signed with the Steelers as a UDFA following this April’s draft. At Baylor, he recorded 12.5 career TFLs and seven sacks. Most of that production came his senior season, posting 31 tackles with 8.5 TFL and six sacks.

His time with the black and gold came to an end after Pittsburgh brought back OLB Jayrone Elliott earlier in the week. Lockhart earned minor buzz during the early portions of camp but didn’t figure to contribute much on special teams, making him expendable. He’ll now look to latch on with the 49ers, perhaps making the practice squad now that it’s been expanded to a 16 man roster.