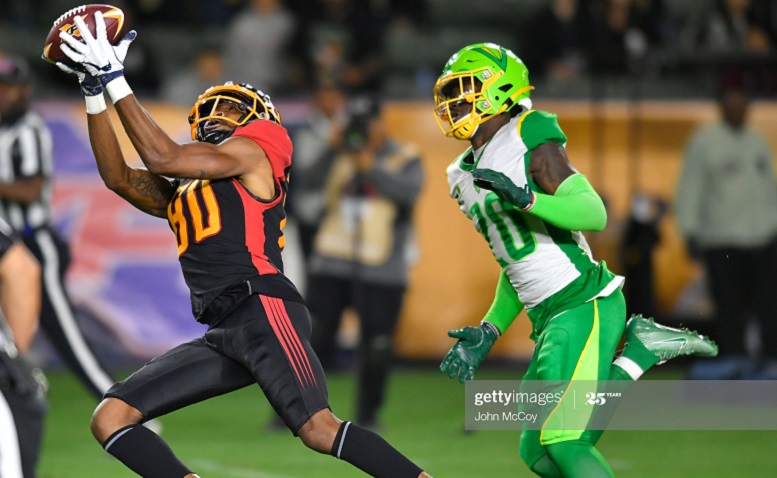 The Pittsburgh Steelers have made a roster move this Friday morning, signing WR Saeed Blacknall. Rookie OLB James Lockhart was released in a corresponding move.

Blacknall was waived by the Steelers on August 21st. But after a slew of injuries at WR, including a foot injury to Ryan Switzer, the team needed to add depth to finish out training camp. Blacknall signed a futures contract in the offseason, an intriguing height/weight/speed player and vertical threat out of Penn State. He’s yet to appear in a regular season game.

Lockhart was one of ten UDFAs signed following this April’s draft, given an $8500 signing bonus to join the Steelers. He will account for $2,833 in dead money this season with the rest rolling over into next year. He became expendable after the team signed OLB Jayrone Elliott yesterday.