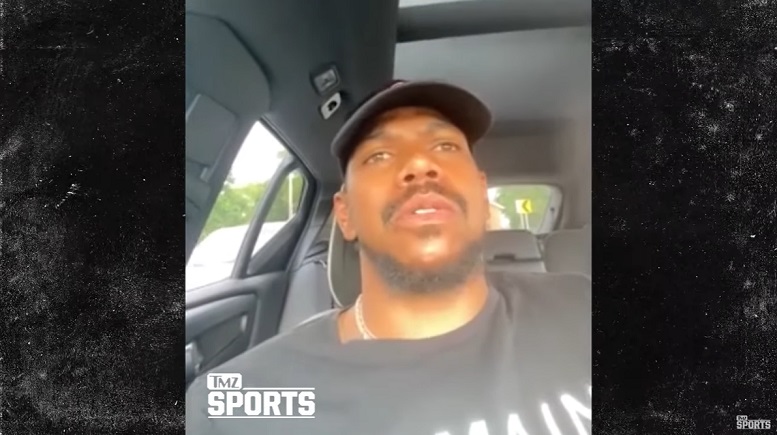 No, I don’t think the Pittsburgh Steelers will sign free agent wide receiver Terrelle Pryor and no, I don’t believe they should just the same.

How’s the above for a lede? I didn’t bury it too far, did I?

In case you have been away on this Sunday, former NFL quarterback turned wide receiver Pryor is now back in the news cycle thanks to a brief interview that he conducted with TMZ. In short, Pryor, who is now 31 years of age and last played in a regular season game in November of 2018 with the Buffalo Bills, told TMZ that he’s gearing up for a comeback, and that he’s already spoken with the New England Patriots about possibly signing with them. Pryor also mentioned the Steelers during his interview but only really in the context that it’s a team he would like to play for.

“Yeah. I mean, there’s been conversation with a couple of – five teams, and they spoke to the Patriots last week, I believe,” Pryor told TMZ. “But, I mean, a lot of the teams are not really dealing with any of the players because of the COVID situation. So, those two [the Patriots and Steelers] are very intriguing.”

If you remember, Pryor has been after the Steelers to sign him for quite a while with his last plea to his hometown NFL team coming on social media back in November.

Pryor, a Jeannette, PA native and former 2011 NFL Supplemental Draft selection of the Oakland Raiders, has since played for the Cleveland Browns, Washington Redskins, New York Jets and Bills. He signed a one-year contract with the Jacksonville Jaguars last May but wound up being released by them with an injury settlement after the preseason ended.

In March of 2018, March, the Jets signed Pryor to a one-year, $4.5 million contract and after recording 14 receptions for 235 yards and two touchdowns in six games while fighting through a groin injury, they released him in October. A few weeks later Pryor was signed by the Bills and in the two games that he played in he caught just two passes for 17 yards. Buffalo then waived him in November.

“I just think, I mean, if you go back and even look in the last year, my preseason games, I mean, it was really just my injuries, you know,” Pryor told TMZ. “So, I really had time to like, like every day, I’m working on certain things with my hips, because I knew I had problems with my hips. It had me lingering with my hamstring. So, I can still play, and I could still make plays and dominate. I know that. It’s just, I’ve got to have that in my mind.”

Speaking of injuries, Pryor just recently overcame one that he didn’t suffer on a football field. This past November, Pryor was stabbed in the chest and shoulder at his Pittsburgh apartment by his girlfriend as part of a late-night argument between the two and he reportedly had to undergo surgery. As a result of that altercation, the Pittsburgh Police Department arrested Pryor on a simple assault charge.

Even if Pryor is now in great physical shape, it’s hard to imagine the Steelers, or any other team, having any real interest in him and especially this late in the preseason. With teams more than likely to carry less than 90 players on their training camp rosters due to there being a truncated, or completely canceled, preseason as fallout from the ongoing coronavirus pandemic, Pryor will be hard-pressed to find a job in the coming weeks.

Pryor never has played on special teams throughout his NFL career and that’s another huge strike he’ll have against him in his comeback, along with his age. His recent legal issues also will likely keep other teams from kicking his tires.

We’ll wait and see if Pryor winds up latching on with a team by the start of training camp. If he does, it’s sure to be his last shot at making a comeback.