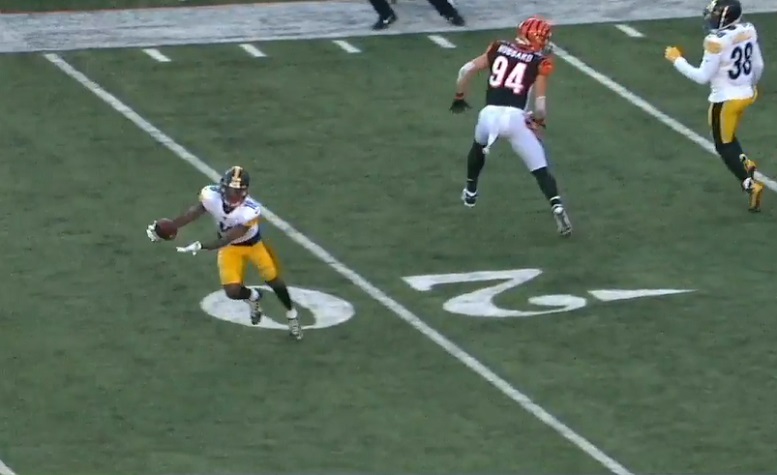 With all this context in mind, I will break down the Steelers’ 9th and 10th games of the 2020 season.

The Bengals, and more specifically Joe Burrow, will have all eyes on them this season with lofty expectations following a record breaking college campaign at LSU. There is a lot of room for improvement, as the Bengals managed only 2 wins in 2019 – ultimately landing the 1st overall selection in the draft that landed them Burrow. A lot of Burrow’s early success will hinge on the Bengals’ ability to protect the quarterback from sacks and general pressure. In 2019 the Bengals quarterbacks were sacked 48 times. For reference, the Steelers inexperienced quarterbacks who often times would slide into the sack at no fault of the offensive line were only sacked 32 times in 2019.

The Bengals had some unfortunate injuries last season including a couple offensive linemen, as well as their star receiver, A.J. Green. With injured players set to return and some weapons added for Burrow in the draft, it will be interesting to see just how much success the Bengals can achieve at the dawn of the Burrow era. One potential setback for Burrow will be the COVID-19 shortened preseason with little time to acclimate before the regular season hits, but this week 10 matchup is far enough into the season where he should at least have his feet underneath him.

Key match-up to watch: The Steelers will absolutely try to fluster the rookie quarterback and set the tone with pressure early and often. The Bengals pass protection should be a little better with some returns from injured reserve, but the Steelers led the league in both sacks and takeaways in 2019. They will no doubt try to make that the story of the game against a rookie signal caller.

The Jaguars had high expectations for their 2019 season with the acquisition of Nick Foles, but he ended up on injured reserve in week 2. This event made way for the early season craze that was Minshew Mania. Gardner Minshew took over as a rookie and strung together some victories before fizzling out and losing 6 of their last 8. The Jaguars had seen enough as they traded away Nick Foles, and are rolling into the 2020 season with Minshew at the helm. Minshew will have a couple big new targets to work with in TE Tyler Eifert and recent draftee, Laviska Shenault Jr.

The Jaguars traded away perhaps their best player, Jalen Ramsey, for a decent haul of draft picks, but the once vaunting Jacksonville defense is very much in rebuild-mode. Long time staples like Ramsey, A.J. Bouye and Calais Campbell are now on other teams, while the Jaguars defense already showed regression last season allowing 375.4 yard per game compared to their 311.4 yard per game mark in 2018.

Key match-up to watch: Ben Roethlisberger has had some rough games against the Jaguars in his career, but this defense is not the same it was when Ben threw 5 interceptions back in 2017. Look for Ben to test the rookie cornerback, CJ Henderson. Diontae Johnson averaged 3.6 yards of separation as a rookie – good for the top mark among receivers in the NFL. Someone with elite route running is sure to give a rookie defensive back some problems.