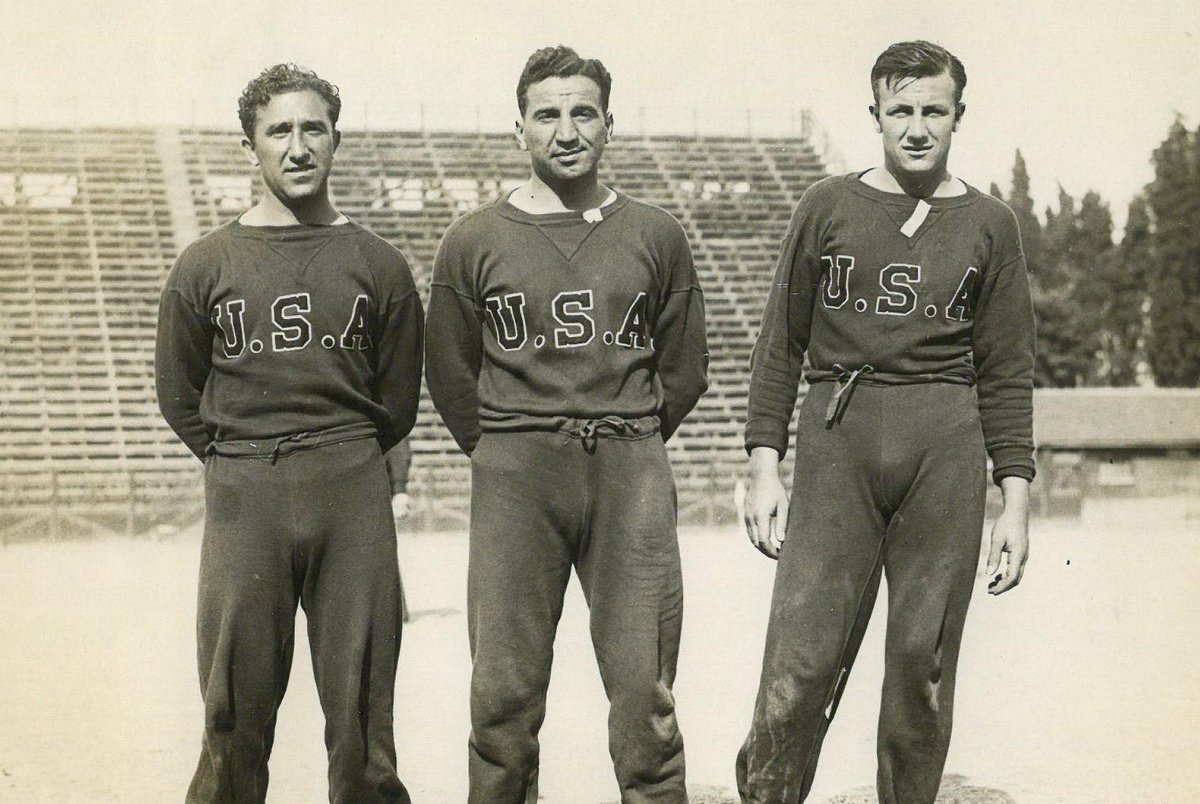 If you know Aldo “Buff” Donelli was a head coach of the Pittsburgh Steelers, then you are an above average fan. Donelli’s coaching stint came in 1941 but only lasted five games.

Early Life and his First Sport

Donelli was born in Morgan Township, Pennsylvania in 1907. The township is in Greene County which is in the south western corner of Pennsylvania. His nickname “Buff” is short for Buffalo but could not find more information on its origin. Donelli played several sports with his brothers but was best known as a schoolboy soccer player.

In fact, Donelli was good enough to play for the USA national team that played in the 1934 World Cup. He scored all four USA goals in a 4-2 qualifying round against Mexico. He also scored the lone American goal in a 7-1 knockout loss to eventual champion Italy in the first round.

The USA National Soccer Hall of Fame inducted Donelli in 1954. His profile reads, “Forward who was the surprise star of the United States team at the 1934 World Cup in Italy. The four goals that he scored in a World Cup qualifier against Mexico in 1934 still share the record as the most ever in the U.S. Men’s National Team. Donelli had led the Pittsburgh league in scoring every season from 1922 to 1928 and then played for Heidelberg and Curry in the early 1930s. He briefly came out of retirement to play for Morgan in the 1944 U.S. Open Cup final.”

Buff Donelli played football at Duquesne University with Elmer Layden his head coach. His foot was a big asset in the days when football limited substitutions and players stayed on the field for both offense and defense. A Pittsburgh Post-Gazette article identified Buff as the big star who could run and did all the kicking chores including 60 yard punts finding the sidelines. Donelli was an ambidextrous punter and did the placekicking too.

Another article later that 1928 season said Buff was a two sport star and captain of football team. Donelli could not play in an all-star soccer match against the Glasgow Rangers because concern about his amateur eligibility for football. Claims he averaged 56 yards a punt. Elmer Layden said Buff Donelli was “the best player he had ever coached” in a 1930 Pittsburgh Press article.

Donelli became Duquesne’s freshmen coach following his final season playing for Duquesne in 1929. He coached the first-year players until 1936 when promoted to the varsity staff. He became head coach of the Dukes in 1939. The Dukes went 29-4-2 while he was head coach. The team finished in the nation’s top ten twice in his four seasons. The AP poll ranked Duquesne University number 10 in 1939 and number 8 in 1941. His coaching stint at Duquesne ended after the 1942 season when the school suspended the football program due to the war.

Bert Bell set the stage when he gave up his coaching duties two games into the Steelers 1941 season. Art Rooney and Bell hired Donelli with an apparent deal to continue coaching the powerful Duquesne Dukes. However, the NFL commissioner weighed in stating, “It is impossible, physically, and mentally, to direct two major football programs…. If Donelli is not in a position to sever connections completely at Duquesne, or if he is unwilling to make such a change, the Steelers will have to secure another coach.” Ironically, the NFL commissioner at the time was Elmer Hayden who was Donelli’s former coach at Duquesne.

Buff Donelli stepped down as head coach of the Dukes and picked up the reins as the Pittsburgh Steelers seventh head coach in their first nine seasons. However, the University retained him as an advisor to the Duquesne football program. So, Buff Donelli left as the official head coach of Duquesne following their second game, a 33-0 victory over Niagara University whose coach was Joe Bach – the Steelers third head coach and also a former Duquesne head coach. But his Steelers-Duquesne connection does not end there. Some articles put Donelli’s advisor status and the new Dukes head coach Steve Sinko’s title in quotes to show who was really running the show as Donelli continued to attend Duquesne afternoon practices after coaching the Steelers in the mornings.

Newspapers reported that Donelli likely would have been the Steelers coach in 1942 . Art Rooney had interviewed him previously so once Bert Bell stepped down for the “good of the team” Donelli was already at the top of their list.

Donelli coached the Steelers for their next five games beginning with a 10-37 loss to the New York Giants on October 5, 1941. He had little more than a week from being hired to his first game. Between September 27 and October 4 Donelli installed a new offense and made lineup changes including bringing on his younger brother Alan onto the roster to debut against the Giants. Many contemporary newspaper accounts gave the Steelers positive marks for an improved spirit and gameplay despite the losing streak continuing through October.

Even after their fifth straight defeat under his tutelage, a 3-23 thumping by the Redskins, the press still gave Donelli credit. “… in decisive defeat (the Steelers) still were a much better team than they were before Buff Donelli took them in charge as coach.” At the same time, articles on the Duquesne Dukes undefeated campaign continued to refer to the “Sinko-Donelli” partnership when referring to the Duquesne coaching staff. As of November 2, 1941, the Steelers were 0-7 and the Dukes 6-0.

Forced to Choose One or the Other

Donelli would not coach a sixth game. The Steelers were scheduled to travel to Philadelphia to play the Eagles on November 9. But the Duquesne Dukes were to travel to California to play Saint Mary’s. Donelli requested NFL commissioner to permit him to miss one game coaching the Steelers so he could travel with the Dukes who were one of six undefeated and untied major college football programs in the nation at the time. Presumably, Art Rooney and Bert Bell gave their approval to miss his services for one game and expected his return for the final three games of the season. Commissioner Layden rendered it all moot when he refused permission forcing Donelli to make a choice. Pittsburgh newspaper accounts described the agreements between the Steelers and the University for this arrangement. It was clear that Donelli had been the de facto coach of the Dukes despite resigning after the second game.

By most accounts, Donelli had improved the Steelers play if not their ability to win a game. Art Rooney expressed regret at losing Donelli and named Walt Kiesling to coach the remainder of the season – his second of three stints as Steelers head coach. The Steelers tied the Eagles just four days after Donelli’s resignation then won their next game before dropping the last two games of the season to finish 1-9-1 in a very tumultuous season with three different head coaches.

Return to the NFL

Donelli coached Duquesne in 1942 but was out of a job once the school suspended the program for the duration of World War II. He returned to the NFL in 1943 but not in Pittsburgh who had combined with Philadelphia to form the Steagles for that season. The Brooklyn Dodgers hired him as an assistant for the 1943 season. The Cleveland Rams who suspended operation in 1943 returned to play in 1944 and hired Donelli to coach the team. They finished 4-6 and he signed a three-year deal to be the Rams coach. But it was not to be.

Donelli’s draft number came up and despite being 37 years old, married with two children he was inducted into the Navy. A Pittsburgh Press article cited the Brentwood draft board chairman “There was a time ‘when we leaned over backward to try and hold back the induction of a man of Donelli’s age, but we can’t do that anymore.’” The chairman added that “we are running out of younger men and our quotas must be filled.”

Donelli’s contract with the Rams contained a war clause so he was out after Cleveland Rams general manager Chili Walsh hired his brother to take on the coaching duties. The Donelli-less Rams won their first championship in 1945.

21 More Years as a College Coach

As for Donelli, he had a stateside assignment and helped coach Columbia University in 1945. He continued as an assistant at Columbia until 1947 where he became head coach of Boston University. He coached Boston U from 1947 to 1956. In 1951 they finished 6-4 and the final AP poll ranked them number 16.

Donelli left Boston to become head coach of Columbia from 1957-67 with just two winning seasons out of eleven. He did lead Columbia to their only Ivy League championship in 1961. This concluded his football career.

Donelli died in August 1994 at the ripe age of 87. He remains the only person to coach both a college and NFL team at the same time. He is also the only NFL head coach to be a member of the USA Soccer Hall of Fame.

I like to include music. Here is Too Many Irons in the Fire performed by The Fabulous Thunderbirds.