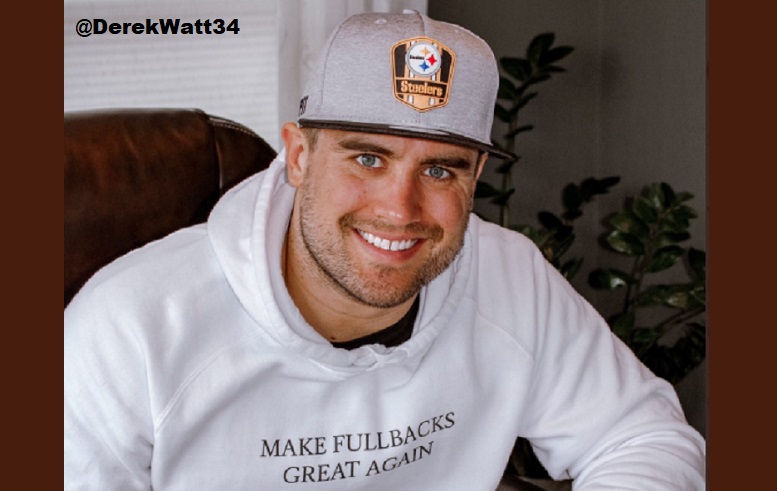 Although he was the first of the three unrestricted free agents that the Steelers signed, it is entirely possible that fullback Derek Watt ends up having the least significant role, at least outside of special teams. Eric Ebron will almost undoubtedly have a bigger role as a starting or co-starting tight end, while Stefen Wisniewski could play every snap if he wins a starting job. Alternatively, he could play none at all.

Watt, of course, plays one of the dinosaur positions in the NFL, a role that is nearly extinct, in the fullback. There are many teams now who don’t even employ a true fullback, and those who do may only use their fullback for 100-200 snaps, which is where the Steelers have fallen in recent years.

Pittsburgh’s three-year, $9.75 million contract did make him the second-highest-paid fullback in the NFL, so there is that, but he wasn’t used on offense any more than the Steelers have used Roosevelt Nix while he was here.

Where he will really contribute is on special teams. He tied for the league lead in special teams tackles last year with the Steelers’ Tyler Matakevich, who departed in free agency this year, and is good for over 300 snaps in that phase. His health history is also a big plus in his favor.

Of course, he will get on the field on offense at some point, and he is a good fullback. Will the Steelers be interested in using him more than they had used Nix (irrespective of health)? Perhaps it’s possible, but don’t expect him on the field for 400 snaps or anything crazy like that. Perhaps 250 would be a reasonable high-end prediction, with the low end around 125.

Not like you didn’t already know, but he is one of T.J. Watt’s older brothers. They had previously been on the same team together in college and then at the end of Derek’s tenure at Wisconsin, so this is yet another opportunity for them to join forces, even if T.J. is now on defense rather than offense.