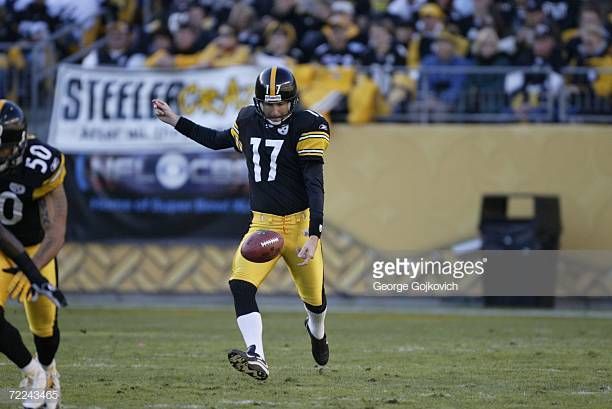 Gardocki wrapped up remarkable 16 year NFL career with the final three coming in Pittsburgh, where he earned his first and only Super Bowl ring in 2005. I’ve spent the last few days watching highlights from that era and Gardocki seemed like a better punter than I remembered (these were highlights so context matters, I suppose). Not that he had a great leg but his directional punting and placement were strong, better than almost all of Pittsburgh’s punters – and there have been many – after him.

He broke into the league drafted in the third round by the Chicago Bears in 1991. Over the last 30 years, only 18 specialists have been selected in the top three rounds, only nine higher than Gardocki’s 78th overall, and only three punters have been taking higher than him. Some very on-brand stats of the weird for you.

Chicago dumped him after the season and he rebounded with the Colts, no doubt helped by getting to play in a dome than Soldier Field’s ugly winters. In 1996, he averaged a career high 45.7 yards per punt, earning a Pro Bowl and All-Pro nod. He lasted through the ’98 season before latching on with Cleveland, where he did a lot of punting.

Since 1990, only Gardocki and Brad Maynard have 100+ punts in back-to-back seasons.

He finished his time with the Browns following the 2003 season and at age 34, joined the Steelers. He signed a record deal for a Steelers’ punter, five years at $6.3 million, replacing Josh Miller’s tenure in black and gold. It was a bit of a controversial signing both in money and history; Gardocki gave the Steelers’ bench the middle finger in a 2000 game. And you better believe we found footage of that.

Gotta say. Not cool Porter. Not cool. Gardocki was fined $5000 for flipping the bird which, come on, just seems unfair.

But any anger was smoothed over by the time Gardocki signed and he did reasonably well in his three years, averaging at least 41.3 yards per punt each season. Directional punts and placements were his specialty and in his career 1177 punts, he never had one blocked.

He’s still the record holder for most punts without a block, a lead he may honestly hold forever. Here are the top five in NFL history.

He leads second place by over 700 punts. The current active leader is Michael Palardy with 243. Cy Young’s 511 wins, Wilt Chamberlin’s 100 points, chalk this stat up to one that will never be broken.

In 2019, Gardocki was inducted into the South Carolina Athletic Hall of Fame.

Chris Gardocki, your blast from the past.