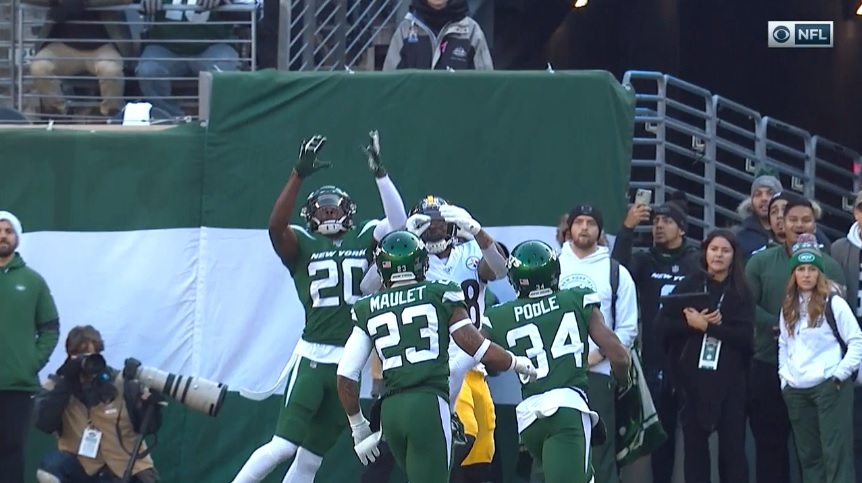 It’s not even the start of training camp yet and who knows how the next eight weeks are going to go – unlike anything we’ve seen before, I’m sure – but in terms of adding players to the rosters, there’s already one name that should be on the Pittsburgh Steelers’ radar.

According to the New York Daily News Manish Mehta, Jets’ head coach Adam Gase came close to shipping Maye out of New York. He was only talked down by GM Joe Douglas. Per Mehta’s article.

“The Daily News reported in May that the Jets had engaged in trade discussions involving Maye for the better part of a year, including in the run-up to the draft.

General manager Joe Douglas fielded inquiries and engaged in talks, but chose to keep Maye. (Gase wanted to trade Maye after he was hired last year before being convinced to keep the player, according to sources).”

Enter Pittsburgh. He checks every box the team looks for.

Maye is a high pedigree player, selected 39th overall in the 2017 draft. We know the Steelers value that in trades and free agency. Minkah Fitzpatrick, Steven Nelson, Justin Gilbert, Joe Haden all current or former members of the secondary who were taken high in the draft.

Pittsburgh seemed to have legitimate pre-draft interest too. Kevin Colbert attended Florida’s Pro Day and reportedly met with him in some capacity. The Steelers notoriously circle back to players they liked coming out of college, a byproduct of having the same GM/head coach for well over a decade.

Maye will also be a cheap player to acquire. He’s entering the last year of his rookie deal, the only downside here (that didn’t stop them from trading for Nick Vannett) and set to earn $1.35 million in 2020. After roster displacement, that barely moves the needle even for a cap-strapped team like Pittsburgh. Contractually, it shouldn’t be an issue.

For Pittsburgh, safety is as deep as a kiddie pool. There simply isn’t much behind Minkah Fitzpatrick or Terrell Edmunds. Jordan Dangerfield has hardly played defense the past two seasons and has slotted into reliable special teamer and speciality package safety. Marcus Allen took a step back last year, unable to make the roster until Kam Kelly was arrested, and Antoine Brooks Jr. is a 6th round pick greatly impacted by the lack of an offseason/preseason. There simply isn’t much there.

Adding Maye, similar to trading for JJ Wilcox a few years ago (and Maye is the better player) gives them excellent depth. It also gives them an option should they choose to spin down Terrell Edmunds in nickel packages if they don’t want to play Vince Williams in every situation. Maye could step in at SS.

Sure, it would be a bit disappointing to lose him after the season if he can’t be re-signed. Maye would add to a lengthy list of to-be free agents. But they likely could receive a comp pick for him, probably cancelling out whatever later Day 3 pick they’d send to the Jets. The risk here is low and the chance to add quality depth is strong. Trading for Maye is as Kevin Colbert of a move as you could imagine up. As trade happy as Colbert’s become late in summer, don’t be surprised to hear his name in late August.