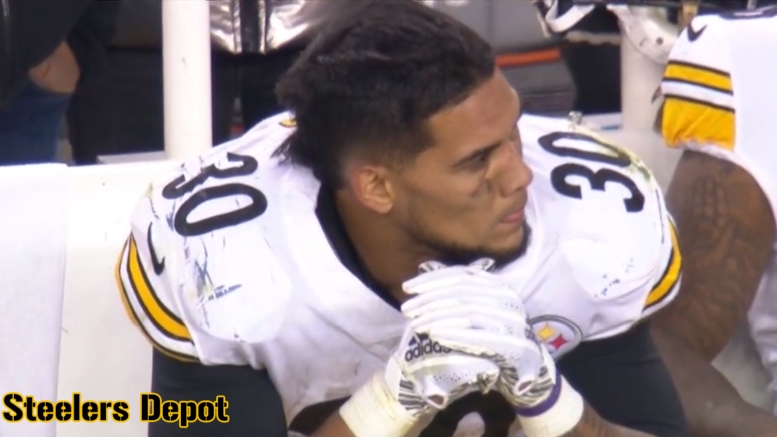 Maurice Jones-Drew was at one point one of the best running backs in football. There’s no doubt about that. He was a three-time Pro Bowler in a three-year stretch with a first-team All-Pro nod to go along with it. During those years, he racked up 4321 rushing yards at 4.5 yards per carry with 28 touchdowns, and added another 1065 receiving yards and six more touchdowns.

But as we’ve seen time and time again, being a great player doesn’t make you a great analyst of the game. At the running back position, the example I like to turn to in these situations is Marshall Faulk, who is a Hall of Famer who simply gets things factually inaccurate. I honestly don’t even know if he still has a job at this point because I haven’t been paying attention to him.

If you ask James Conner of the Pittsburgh Steelers, though, he’s probably wondering why Jones-Drew still has a job after he argued in a recent ranking article that the fourth-year running back will be the 25th-best back in the NFL in 2020.

“Conner has to stay healthy. Period”, he wrote. “He’ll have two or three really good weeks, then be on the sideline for two or three more. It’s hard for the back and the offense to get in a rhythm when the starting RB can’t stay on the field. Conner has been a top-10 back in this league, and he could be again with a bounce-back performance”.

Granted, he does acknowledge that Conner has the talent of a top-10 back, and that he being ranked as low as he is has so much to do with the fact that he has had a lot of issues with staying healthy and on the field over the course of his first three seasons in the NFL—and going back to his college career as well.

The former Pitt Panther was a Pro Bowler himself in 2018 for the Steelers after totaling 1470 yards from scrimmage and 13 touchdowns in 13 games that season. It was his second year in the NFL and his first as a starter after sitting behind Le’Veon Bell as a rookie.

Last season, however, he was bogged down by injuries in ways that his 10 games played doesn’t even reflect. While he day in more than half of the games of the year, he missed a lot more time than that, only logging 328 offensive snaps. Compare that to his 718 snaps played in 2018, even while missing three games.

With that time lost, he only registered 116 carries on the season, amassing 464 yards on the ground and four touchdowns. He also caught 34 passes for another 251 yards and three more touchdowns, giving him 715 yards from scrimmage and seven scores.