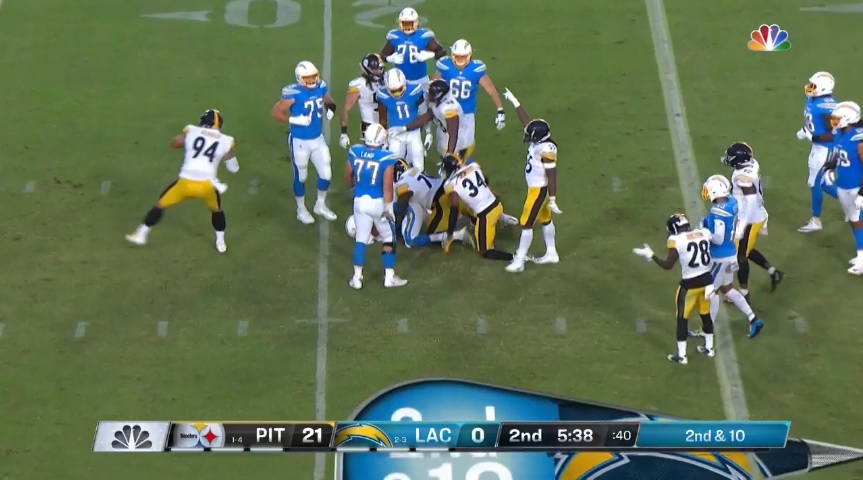 One Gap Vs Two Gap

You hear us talking a ton about the evolution of the Pittsburgh Steelers’ defense. Changes made in coverage and throughout the front, the latter being a switch from one-gapping to two-gapping.

So what’s the difference between the two?

Two-gapping was the Steelers’ old philosophy. Not to say they don’t do it at all today – they do – just not nearly as often. That was a mindset of the defensive linemen occupying two gaps, taking on blocks, and letting the linebackers run free.

Take this example from 2012. Watch Steven McLendon over the Jets RG, #65, in this clip. He’s creating space between him and the blocker and moves with the back. When the runner starts to his left, McLendon moves down with him, and when the back cuts back, McLendon shifts his gap with the ball carrier to make the tackle. McLendon has the A and B gaps here. Two gaps he’s covering, hence the phrase “two-gapping.” 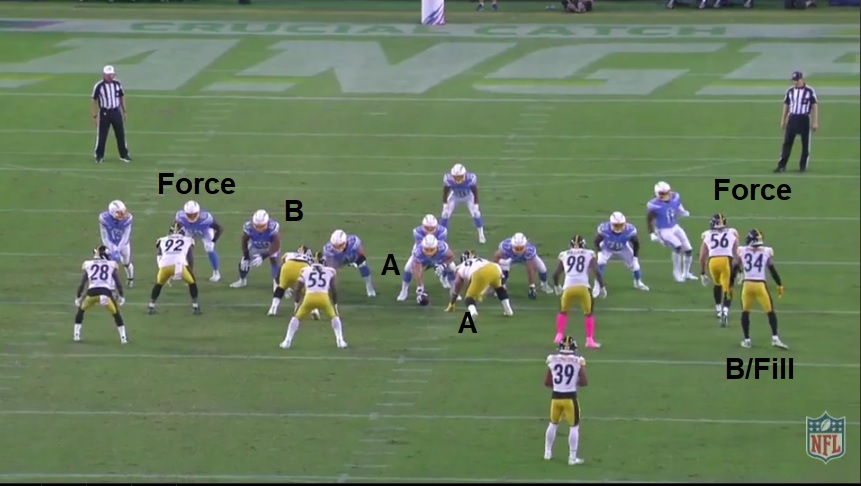 And here’s a look at the play. Hargrave and Alualu combine for the TFL.

Same here with Stephon Tuitt in Week 1 last season. He is shooting down his gap, as opposed to taking on blocks to free up the linebackers.

That change comes philosophically but also because of the talent level. Nothing against Aaron Smith, Brett Keisel, or Casey Hampton, but Cam Heyward, Stephon Tuitt, and Javon Hargrave are different players. Better athletes, pass rushers, guys whose skillset and strengths would be wasted if they just took on blockers. One-gapping is part of the defense’s overall idea of playing fast, making plays, and stressing blocking schemes. It’s hard to reach block an athletic defensive linemen whose shooting his gap.