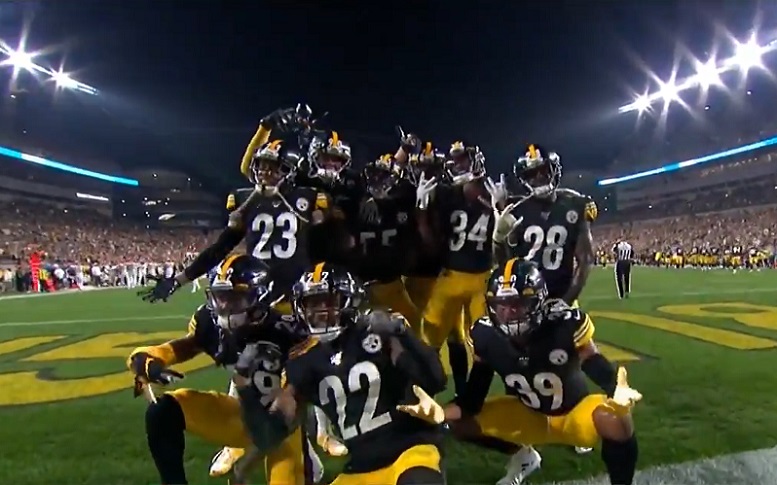 It’s hard to not get excited about just how good the Pittsburgh Steelers defense might ultimately be in 2020 and that’s due to that unit having so many players from the 2019 team back. One of those players from the 2019 team who was new last season and will be back in 2020 is starting cornerback Steven Nelson and during a Zoom call with the media he made it very clear that he believes the Steelers defense will be just as good, if not better, than last year’s unit.

“I think we’re just going to take it up another level with the guys that we have coming back,” Nelson said Thursday. “We have a great locker room. Guys have been communicating through all this this whole time just trying to bring younger guys along. And these Zoom meetings with our coaches have been very helpful and we’re just correcting all our mistakes and just trying to get better as a unit.”

With this offseason being very unique in nature due to coronavirus pandemic forcing the cancellation of OTAs and the creation of virtual sessions to replace them, Nelson was asked Thursday to talk some about the importance of having good team camaraderie throughout this portion of the offseason.

“Yeah, it’s one of those things where veteran leadership has to definitely take place,” Nelson said. “Guys are definitely doing that on our team. Guys are planning like little small practices to just to get guys around each other and just to build that camaraderie back up. And just to walk over old plays or if guys have questions. Just to be around the guys, there’s not a better feeling than being around guys. The Zoom meetings are only going to get you so far. So, like I said, the veteran guys like myself, we’re all just trying to find ways to combat that as best we can.”

Later during his Thursday Zoom media session, Nelson gave an analogy of what it’s like for the Steelers 2020 defense to have so many players back from the 2019 team and why he thinks that might result in that unit potentiality having even more turnovers than they registered in 2019, which was a league-best 38.

“It’s kind of like if you think about college, like you’re there with guys for four years and you just build that brotherhood,” Nelson said. “And like each year your team gets a little better because you’re playing with your brothers, you’re amongst each other and you trust each other. I think that has a lot to do with it.

“Despite we were all kind of new last year, we were able to have a tremendous amount of turnovers. That’s very rare to do, but I think this year we’ll take that next step because we all played around each other and have that experience and we’ll just correct what we have to correct and move forward.’

So, how does Nelson think this year’s Steelers defense matches up league-wide way ahead of the 2020 season starting?

“I think we’re arguably, we have to be in a top category, wherever that may be,” Nelson said. “We’re stacked from top to bottom. Even non-starters are very talented. We have great coaching. So, I think we definitely have a group to take us all the way, so I think that speaks volumes. And if we can just kind of duplicate and get better from what we did last year, especially with Ben [Roethlisberger] coming back, I think we all know that that will change a lot. So, we’ll just have to see what happens.”