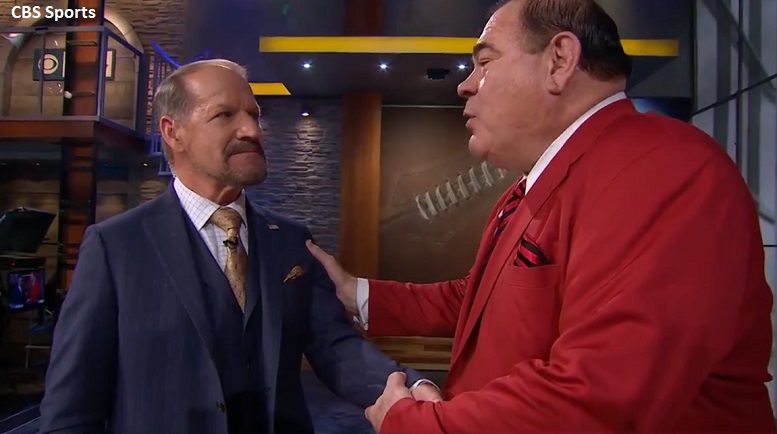 There were supposed to be three Pittsburgh Steelers inducted into the Pro Football Hall of Fame – the game’s greatest honor – this summer. That won’t happen until 2021 after the NFL and Hall decided to postpone this year’s event due to the coronavirus.

A decision the Steelers’ three to-be Hall of Famers certainly understand and agree with.

Donnie Shell was the first to publicly comment on the move, tweeting back on the 25th he thought it was a “great decision” to wait another year.

Great decision by President David Baker with the Pro Football H O F to put the health and welfare of the former players, their families and the fans first. I am Super excited about the Steelers and Cowboys kicking off the 2021 season.

Shell’s overdue wait for Canton will have to wait another season. He spent his entire career with the Steelers, playing in 201 games and 162 starts, a four-time Super Bowl Champ and three-time All-Pro. He finished with 51 interceptions, still third in franchise history only trailing Mel Blount and Jack Butler.

Bill Cowher got the call to the Hall too, a moment announced by David Baker on TV. Cowher tweeted he was supportive of the difficult decision.

Totally support and understand the @NFL's decision to move this year's @ProFootballHOF Induction to next year. See you in Canton in August 2021 for a festive weekend. Stay safe! pic.twitter.com/TB5e99LDue

What's another year compared to eternity in bronze? 😀 In all seriousness, I am grateful and blessed for this honor, and look forward to the celebration alongside my brothers. #HeadedToTheHall – see you in 2021. @HeadShoulders @ProFootballHOF #ad https://t.co/u1Yzv7FQqp

Polamalu was a no-brainer, first ballot Hall of Famer (unless you’re Peter King) and one of the best safeties of his era. Drafted in the 1st round in 2003, Polamalu started 142 games, intercepting 32 passes, forcing 14 fumbles, with five career touchdowns. His impact is difficult to measure on a box score. His chaotic on-field nature that confused quarterbacks and offensive coordinators made him one of the league’s true difference makers.

It’s unfortunate all three have to wait another year, especially guys like Shell and Cowher who’ve been waiting awhile, but it’s patience that will pay off. Hopefully in 2021, there will be at least a fourth Steelers joining them. Alan Faneca has narrowly missed the cut the last several seasons.