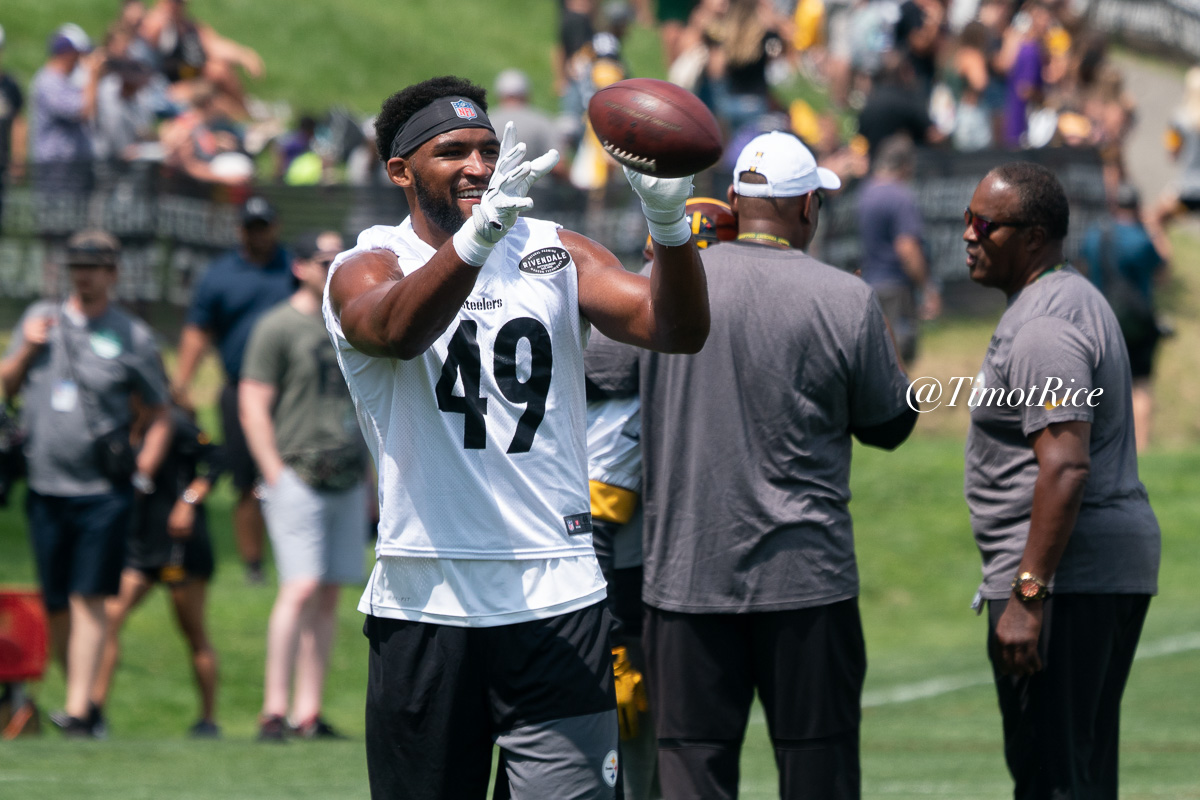 Christian Scotland-Williamson – Make An Impact As A Receiver Inside Stadiums

This is Year 3 for Christian Scotland-Williamson. No longer – we believe, at least – is he on the scholarship of the league’s NFL International Pathway program. For the past two seasons, that essentially exempted him an 11th spot on the practice squad. His rookie year was just getting familiar with football, a game he never played before until signing with the Steelers, a rugby player in England given the chance to make the jump. 2019 was about building on that foundation and to his credit, Scotty was noticeably better, which you’d expect. He caught a 20 yard touchdown in camp last season, legitimately one my highlights of Latrobe. A well-earned moment for a guy whose worked his tail off.

But feel good moments and stories are over. Now it’s time to put up or shut up. Making the roster means making plays inside stadiums.

Coronavirus concerns aside regarding how many preseason games actually get played, CSW needs to have some signature moments. Through two seasons, he just has one catch, a five yard reception against the Packers in 2018. And receiving a “welcome to the NFL” hit on the other end.

But he’s going to need more than a five yard reception this summer. Scotland-Williamson doesn’t need to be Gronk or Travis Kelce and it’s fair pointing out what he does as a blocker can be just as important, his size is one of the most intriguing things about him, but I want to see him get involved in the passing game. Act like a tight end, not just a glorified offensive linemen.

That means staying healthy too. He was remarkably durable through his first season but slowed up by soft tissue injuries last year. He can’t afford to miss any time this year after so much of the offseason has been shuttered.

Tight end depth on this team isn’t great. Even the players locked in, Vance McDonald and Eric Ebron, have legitimate durability concerns. If he can make the practice squad, there’s a chance he’ll get elevated to the 53. But he’s gotta earn that spot this summer.