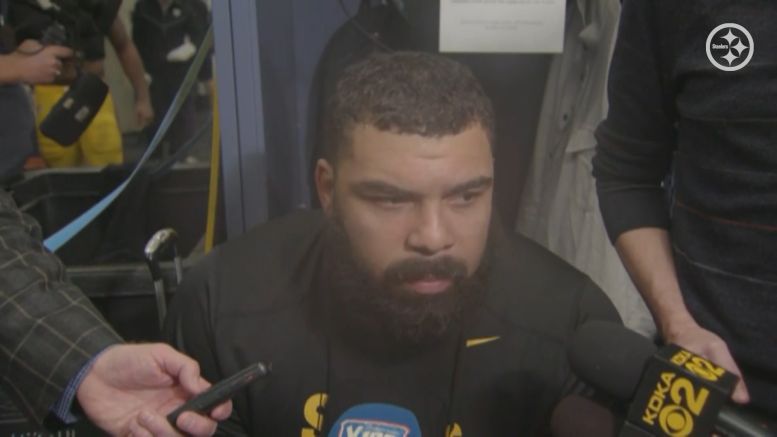 Pittsburgh Steelers defensive lineman Cameron Heyward has yet to sign a contract extension this offseason and according to what the team captain said on Thursday during a Zoom call with the media, he’s not likely to ink one in the next several weeks at the very least.

“I would love for it to get done, but unfortunately it hasn’t happened…I just have to be patient,” Heyward reportedly said Thursday according to Missi Matthews of steelers.com. “There’s a lot of contracts that need to get signed.”

Heyward on getting a new contract done with the #Steelers: "I would love for it to get done, but unfortunately it hasn't happened…I just have to be patient. There's a lot of contracts that need to get signed."

Heyward is telling the truth as the Steelers have yet to sign any of their six 2020 draft picks to date and likely won’t until training camp gets closer. Additionally, the Steelers might still be trying to get franchise tagged outside linebacker Bud Dupree signed to a contract extension prior to the July 15 deadline.

“Things have to happen and they should, but I’ll be ready this year,” Heyward said Thursday, according to Will Graves of the Associated Press. “If I have to go into this year thinking it should be my last year, so be it.”

Cam Heyward on his contract status:
"Things have to happen and they should, but I’ll be ready this year. If I have to go into this year thinking it should be my last year, so be it.”

It’s fine and understandable that Heyward has a bit of uncertainty right now when it comes to him potentially signing a contract extension at some point between now and the start of the 2020 regular season. After all, the coronavirus pandemic has created a lot of uncertainty in this world right now. The NFL still probably doesn’t have a great grasp on what kind of losses teams might suffer during the 2020 season and how those potential losses will affect the salary cap in 2021. Until that part of the business is ironed out, no teams should be making huge official commitments right now and especially not the Steelers.

As I wrote not long ago, it’s extremely hard to imagine Heyward not signing a contract extension prior to the start of the 2020 regular season and one that’s fair for both himself as well as the team. Due to the ongoing pandemic and possible consequences from it, nobody should be surprised that Heyward has yet to sign an extension.

I suspect that the NFL and NFLPA will come to some sort of an agreement in the coming weeks that allows for borrowing from future seasons as protection from the league’s salary cap dropping in 2021. When and if that ultimately happens, teams will then be able to move forward with business plans such as contract extensions. Because of that, look for Heyward to possibly sign a new contract much later in the summer and awfully close to the start of the regular season. That makes the most sense as we sit here today based on everything that’s known.