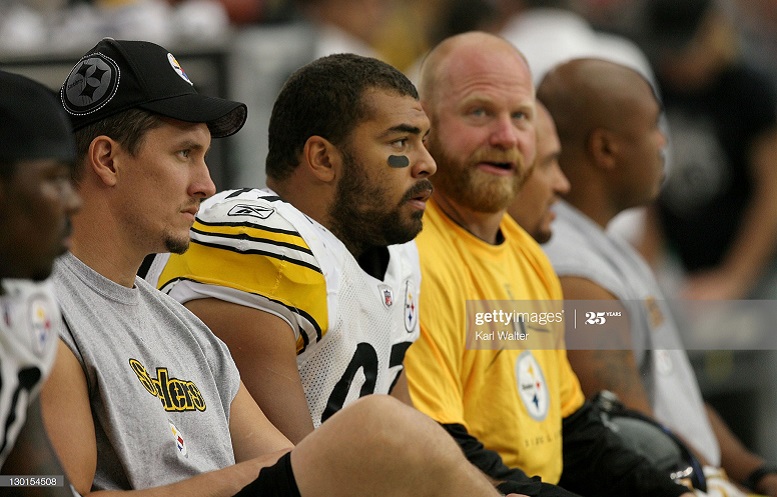 Remember the 2011 NFL offseason? That was the lockout year and it resulted in players not being able to participate in minicamps or OTA sessions. That resulted in most rookies around the NFL getting off to a very slow start and ultimately not contributing very much throughout the season except on special teams. Thanks to the coronavirus pandemic this year, we’re likely to see a repeat of the 2011 offseason and thus the NFL’s rookie class is likely to suffer greatly once again in 2020.

In case you forgot, the Steelers 2011 draft class included defensive end Cameron Heyward, Marcus Gilbert, cornebacjk Curtis Brown, cornerback Cortez Allen, outside linebacker Chris Carter, guard Keith Williams and running back Baron Batch. Batch was lost for the 2011 season in training camp with a knee injury while Williams was waived after the preseason and failed to even make the practice squad.

While Heyward, Gilbert, Brown, Allen and Carter all made the Steelers 53-man roster as rookies, only two of them, Heyward and Gilbert, went on to play a considerable amount of snaps during the 2011 season and both did so only because of injuries to starters ahead of them.

Gilbert, who went on to play 814 total regular season snaps for the Steelers during his 2011 rookie year, only did so because of Willie Colon suffering a season-ending triceps injury in the team’s Week 1 game against the Baltimore Ravens.

As for Heyward, who played 194 regular season snaps during his 2011 rookie year, a lot of those came as a result of defensive end Aaron Smith suffering a season-ending foot injury in the team’s Week 4 game against the Houston Texans. Oh, and defensive end Brett Keisel also missed time early that season in Weeks 3 and 4 with a knee injury. 37 of Heyward’s 194 regular season snaps in 2011 came in Weeks 3 and 4. And he logged all of 99 snaps in the Steelers first nine games that season.

Carter’s 42 total defensive snaps during his 2011 rookie season came in Weeks 5 through 8 because of outside linebackers James Harrison and Jason Worilds both missing those four games due to injuries. As for Allen and his 59 total regular season snaps in his 2011 rookie season, those came with him being used sparingly as a slot defender by then defensive coordinator Dick LeBeau. One of those games came early in the season against the New England Patriots when Allen logged 19 total defensive snaps mostly covering tight end Rob Gronkowski.

The aforementioned Brown, the Steelers third-round selection out of Texas, played extensively on special teams in his 2011 rookie season and that was it.

The Steelers did have three other rookies that played some during their 2011 rookie seasons and one of those players was undrafted free agent tight end Weslye Saunders. Saunders went on to play 233 offensive snaps during his 2011 rookie season basically out of necessity as the Steelers had a huge hole in their tight end depth chart that year after losing veteran Matt Spaeth in free agency. That depth chart was so bad in the late summer of 2011 that the Steelers signed veteran tight end John Gilmore after the lockout had ended in hopes that he could be the number two behind Heath Miller. Gilmore was cut after the preseason in favor of Saunders, who also played a lot on special teams during his rookie season.

A few other Steelers rookie undrafted free agents in 2011, defensive end Corbin Bryant and running back John Clay, played 5 and 20 snaps, respectively, in 2011. all of Bryant’s snaps came against the Arizona Cardinals in Week 7 due to injuries. It was the only game he was on the roster for as he spent most of his rookie season on the Steelers practice squad along with Clay, who was signed to the team’s 53-man roster for the final two games due to late-season injuries suffered by running backs Jonathan Dwyer and Mewelde Moore.

How big of impact will a lost offseason have on the Steelers 2020 rookies? Barring numerous injuries to Steelers starters on both sides of the football, we could see even less snaps for the team’s 2020 rookie class than we did in 2011. Steelers head coach Mike Tomlin even hinted as much over the weekend.