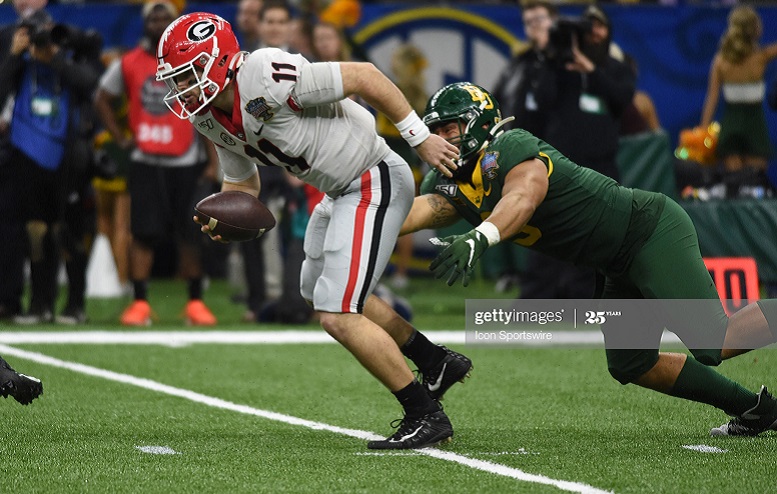 The Pittsburgh Steelers officially signed undrafted free agent outside linebacker James Lockhart to a contract on Friday and that now means the Baylor product should get a chance to compete for 53-man roster or practice squad spot later this summer. Ahead of us providing a full player profile on Lockhart, I figured I would give everyone a quick look at him as a pass rusher via a contextualization of his career college sacks at Baylor.

We have signed DE James Lockhart.

In total, Lockhart, who reportedly measures in at about 6015, 263-pounds, recorded seven sacks during his college career at Baylor. Six of those sacks came this past season with the final two coming in the postseason in Baylor’s games against Oklahoma and Georgia. The contextualized data of each of Lockhart’s seven career college sacks is below along with a video compilation of each of them.

Overall, Lockhart’s sack reel isn’t awful as a whole and the highlight of it is the one he had against Oklahoma in the Big 12 Championship game. That sack shows Lockhart utilizing a nice chop/rip move to beat Oklahoma left tackle R.J. Proctor around the edge.

As you’ll see in a few of Lockhart’s other sacks, he was forced to work back up the arch to get to the quarterback. As mentioned, we’ll have a full profile of Lockhart and a breakdown of his game in the very near future.