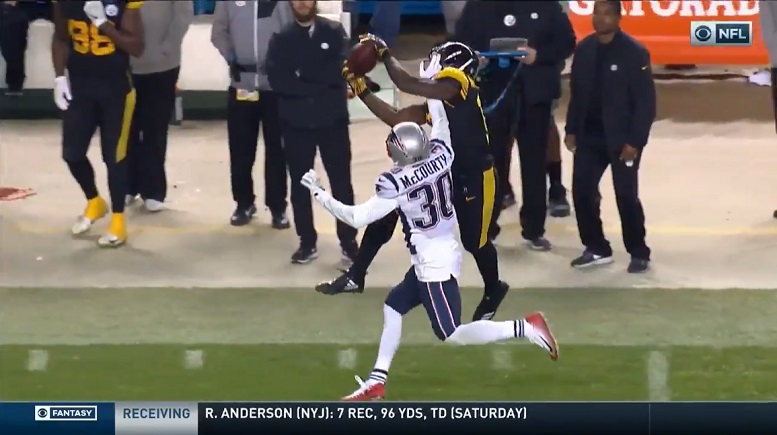 With a few recent posts on this site being related to the Pittsburgh Steelers and their lack of a deep passing game last season, now is a great time to review the actual stats of all three quarterbacks that attempted throws in 2019 of 20 or more yards down the field.

Obviously, Steelers quarterback Ben Roethlisberger opened the 2019 season as the team’s starter and played six quarters in total before suffering his season-ending elbow injury. In those six quarters of play in the Steelers first two games of the 2019 regular season, Roethlisberger attempted 10 deep passes of 20 yards or longer down the field and completed just one of them with one other being intercepted. Two other attempts might be considered drops, depending on who you ask. One of those two questionable drops was by wide receiver Donte Moncrief in the end zone and in the opener against the New England Patriots. Wide receiver Johnny Holton was responsible for the other questionable deep drop in the Week 2 game against the Seattle Seahawks.

I mean this was a GREAT rip out by McCourty but Moncrief has to catch this just the same. Watch Washington's reaction. I bet he would have held it. #Steelers pic.twitter.com/K6PyatwBjQ

By the way, Roethlisberger’s lone deep pass completion in those two games happened one play before Moncrief’s drop and that play included a nice contested catch by wide receiver James Washington.

This was the only deep pass completion in 2019 by Ben Roethlisberger and it went to James Washington against the Patriots. #Steelers pic.twitter.com/sn7xGHzV51

As for Mason Rudolph, he was 9 of 37 for 311 yards with 4 touchdowns and an interception on his deep throws of 20 yards or longer down the field in 2019. Two of those incompleted passes were drops with Holton being responsible for one. Seven of those Rudolph incompleted deep throws, that included his lone interception, came in the Steelers Week 11 Thursday night loss to the Cleveland Browns. That’s the game that Rudolph’s wheels came completely off in.

Three of Rudolph’s four deep passes for touchdowns in 2019 went to wide receiver Diontae Johnson and all three are below.

Diontae Johnson had five deep pass receptions in 2019 for 161 yards and 3 TDs. here is his second deep reception that was a TD. #Steelers pic.twitter.com/Dv09aGs9vs

Remember this TD against the Jets? Mason Rudolph to Diontae Johnson #Steelers pic.twitter.com/JFq2oBd2ht

As for Devlin Hodges, he was 10 of 23 for 350 yards with 2 touchdowns and 6 interceptions on his deep passes of 20 yards or longer in 2019. It’s easy to remember Hodges’ two deep passes for touchdowns. Both went to Washington and they are below for you to relive. Additionally, four of Hodges six deep pass interceptions came in the Steelers Week 15 and Week 16 games against the Buffalo Bills and New York Jets.

.@DevlinHodges10 is in at QB and he finds @JamesWashington for the 79-yard touchdown! #HereWeGo #PITvsCIN

In case you’re curious, below are the Steelers 2019 deep pass targets by player and all corresponding stats. As you can see in the table below, Washington led the way with 8 deep receptions on 26 total targets in 2019. He had 335 deep pass receiving yards in 2019 and 2 touchdowns.

This is obviously one area where the Steelers offense will need to improve in in 2020. The return of Roethlisberger in 2020 should obviously help the deep passing game. Hopefully rookie wide receiver Chase Claypool can eventually help the Steelers deep passing offense at some point during the 2020 season as well. Claypool registered quite a few deep pass receptions during his college career at Notre Dame.