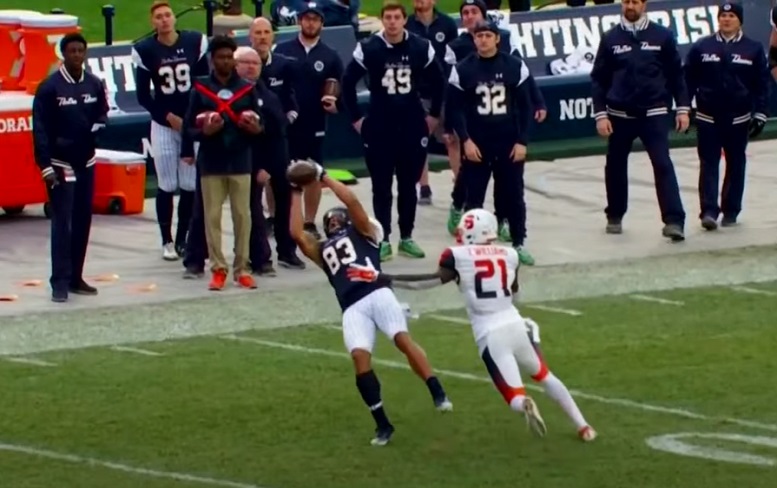 The Pittsburgh Steelers selected Notre Dame wide receiver Chase Claypool in the second-round of the 2020 NFL Draft on Friday and if you really want to know the kind of player the team has in him, all you have to do is look at his career college big plays that he made dating back to 2016. I’ve made that easy for all to do by locating all of Claypool’s explosive plays of 20 yards or longer as well as all his career touchdown receptions and contextualizing all of them.

Even with several of his 52 big plays being caught in the end zone, Claypool still managed to average 6.8 yards after the catch. 11 of the 52 big play receptions were also caught in the middle of the field and thus between the hash marks.

As you’ll see when you watch all 52 of these college career big plays that Claypool registered, several of them are tough or combative catches. Quite a few he also had to maintain great body control during. You’ll also see Claypool line up on both sides of the formation in these 52 big plays with a few times even in the slot. He also needed to beat man or press coverage on several of these big plays.

A few of these big plays show Claypool able to use his big body and leaping ability in the end zone for scoring receptions.

Outside of maybe a very diverse route tree, Claypool’s college big play reel pretty much includes everything one would want to see from a wide receiver drafted in the second-round. Steelers quarterback Ben Roethlisberger ought to really enjoy his newest big target in Claypool and especially inside the red zone, where 13 of his college touchdown receptions happened.