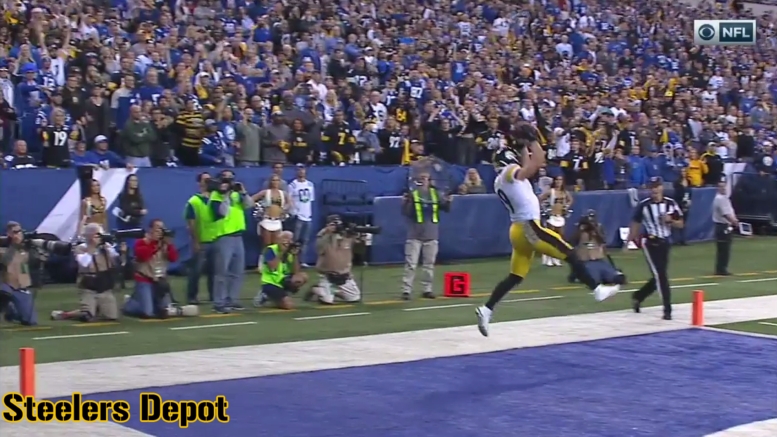 Topic Statement: The Steelers will get at least 10 touchdowns from the tight end position for the first time since 2012.

Explanation: Heath Miller was rightfully well-respected, but he was never quite used in the passing game the way today’s pass-catching tight ends are putting up numbers. For more than half of his career, he scored fewer than four touchdowns, eclipsing seven only twice. With the duo of Vance McDonald and Eric Ebron in tow now, they have the most prolific pass-catching duo at the position they’ve ever had—because they’ve never had more than one pass-catching tight end at a time.

Put simply, Eric Ebron can score, when he has a good quarterback to work with who wants to get him the ball, and we’ve seen Ben Roethlisberger when he has an athletic tight end to throw to, in just his brief time working with Ladarius Green.

Ebron only had three touchdowns last year, but he was playing through injury and after the surprise retirement of the quarterback who tossed him 13 the year before. There’s no reason he can’t get at least six or seven this year.

And there’s no reason McDonald shouldn’t be in for a career year with everyone healthy. Even last year he still had three touchdowns, and has had four in a season a couple of times. As long as they get their targets and the trio is on the field, this should happen pretty easily.

First and foremost, the health question is a huge asterisk. Both Ebron and McDonald have glaring red flags as it pertains to their injury history, and it can be very easily doubted that either of them will play 16 games. For that matter, we have no idea what Roethlisberger will look like, or how many games he will play. There’s just too much uncertainty.

Aside from that, this is a team that is now deep at both wide receiver and running back. The tight end position was reinforced, but it’s not going to be featured, no matter how much they gave Ebron as a free agent (which in relative terms still isn’t a lot).