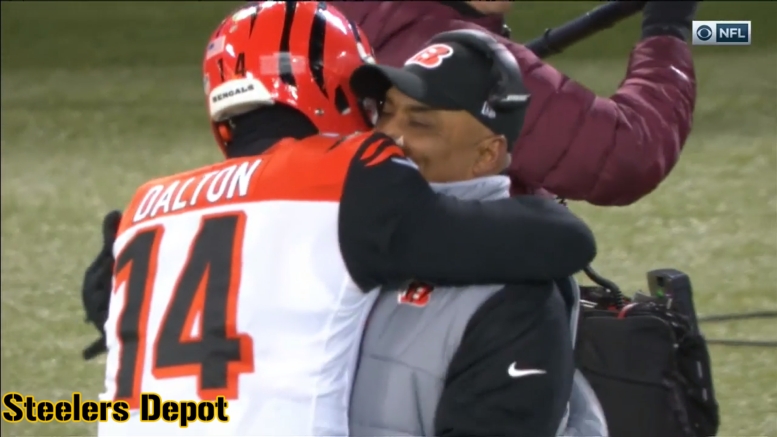 Outside of, naturally, the Cleveland Browns, the 2010s marked a period of great stability at the quarterback position in the AFC North. While the Pittsburgh Steelers were well-served with a two-time Super Bowl champion in Ben Roethlisberger, the Baltimore Ravens and Cincinnati Bengals each nearly made it through the entire decade with one franchise quarterback.

The first was Joe Flacco with the Ravens, a first-round pick in 2008. He would be the team’s starter midway through the 2018 season, after suffering a hip injury that allowed Lamar Jackson, then a rookie, to enter the starting lineup. Flacco would be traded to the Denver Broncos the following offseason.

Even the Bengals, who did have Carson Palmer for a while in the 2000s, were able to have some stability with Andy Dalton, a second-round pick in 2011, who would be their starter except for a three-game stretch in 2019, during which rookie head coach Zac Taylor benched him in favor of a fourth-round rookie who clearly wasn’t up to the task.

Dalton, of course, was released by the team last week following a nine-year career there, and has since signed with the Dallas Cowboys, but even though he didn’t manage to record a postseason win—he was injured during the year they had the best chance of doing so—he will remain a big part of their history, and they a big part of his.

He said his farewell to the Bengals yesterday, expressing his thanks for the opportunity that he was given there and all of the relationships that had been built over time. With Cincinnati finally spending during outside free agency, they actually put themselves up toward the top of the cap, and so decided to release him to save about $17 million in space.

Thank you Cincinnati for the past 9 years. There are countless memories that will be with me forever. I am thankful for the friendships, my teammates, coaches, and the organization. Y’all pushed me to be a better everyday. Thank you to the Cincinnati community for supporting the @ajdfoundation. We could not have made the impact we did without y’all. Thank you @jjdalton5 for always supporting me and being by my side every step of the way. I am blessed that we are on this journey together. We will always cherish our time in Cincinnati. Who Dey!

As I’ve written before, the Steelers should miss Dalton, who consistently lost to the Steelers, beat the Browns, and fought competitively against the Ravens. Can’t ask for more from an opponent. Here’s to hoping Joe Burrow can carry on that same legacy.