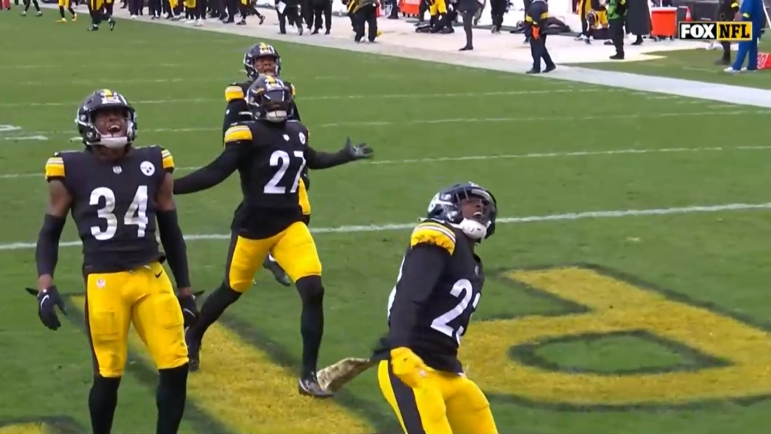 When the Pittsburgh Steelers signed Damontae Kazee last April, the hope was that he could be an impact third safety and maybe tap into his ability to pick off the quarterback and create some splash plays for Pittsburgh’s defense. Kazee made his season debut yesterday in the team’s 20-10 win over the New Orleans Saints, starting in the place of an injured Minkah Fitzpatrick, and that splash play ability came in clutch as Kazee picked off an Andy Dalton pass in the fourth quarter that set up a Pittsburgh scoring drive to extend their lead to 20-10. Terrell Edmunds, who started alongside Kazee at safety, talked about his impact on the field.

“It’s not something new, it’s something he’s been doing all his career, so we expected it and we knew he could play and he went out there and did it,” Edmunds said via Chris Adamski of TribLive on Twitter.

Terrell Edmunds on the on- and off-field impact on the Steelers of the outspoken Damontae Kazee pic.twitter.com/7bdD5eDc9s

Kazee led the NFL with seven interceptions in 2018, and he has 13 interceptions in his career. Edmunds, while a solid safety in his own right, isn’t much of a ballhawk, so adding Kazee to the room alongside Fitzpatrick, who’s one of the best safeties in all facets of the game helped add another guy who can make plays on the ball. He did so in a big way on Sunday, coming through in a huge spot with the Steelers up three to create a turnover in plus territory and give Kenny Pickett and the rest of the offense a short field to work with. That drive led to a rushing touchdown by Pickett to put the Steelers up two scores, and Levi Wallace essentially sealed the win with another interception off Dalton on New Orleans’ next drive.

“Kazee’s always joking, having a good time. Just having fun with it, and that’s what everybody needs to do. I think everybody on the field needs to have fun with it, ” Edmunds said about his counterpart.

It’s never a bad thing to have another positive locker room presence to keep the guys loose, and when it’s go-time get them ready to go. Kazee seems to be one of those players, and in a locker room full of veteran leaders it certainly seems as if he can be another. Especially with the Steelers sitting at 3-6 now, it’s important to have guys who can keep the attitude light when necessary while also showing that they can positively impact the game on the field. Getting Kazee back is an underrated addition for the Steelers, especially now with Fitzpatrick possibly missing some time after his appendectomy.

Kazee will look to replicate his impact on Sunday’s game next weekend as the Steelers host the Cincinnati Bengals and look to keep them winless in the AFC North.