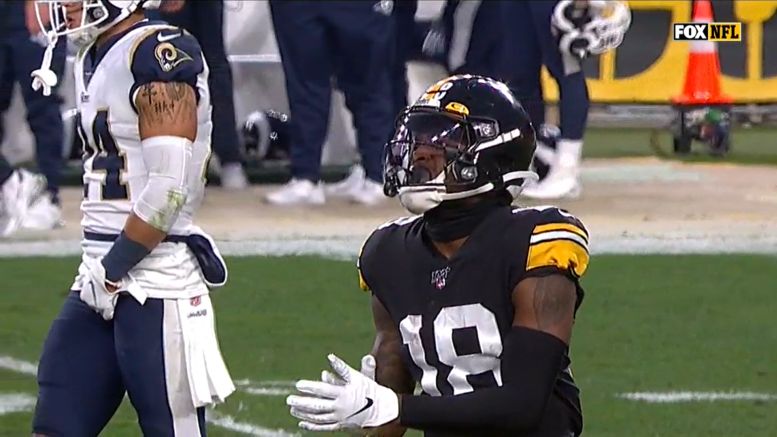 Question: How much of an impact did Diontae Johnson’s injury have on his 2019 season?

One of the biggest things that has been talked about related to how the Cleveland Browns’ season unfolded a year ago has been the fact that their top two wide receivers, Jarvis Landry and Odell Beckham, Jr., both played the entire year through groin injuries. While they both managed to put up 1000 yards apiece and totaled 10 touchdowns between them, it wasn’t what people envisioned when these two paired up with Baker Mayfield.

As it turns out, they weren’t the only AFC North wide receivers nursing groin injuries. Diontae Johnson told reporters yesterday that he suffered a groin injury all the way back to Week Two, and that he had the injury surgically repaired in the offseason, as Beckham and Landry did with their injuries.

He still managed to catch 59 passes for 680 yards and five touchdowns, doing so as a rookie and operating primarily with the team’s second and third quarterbacks, which makes what he was able to accomplish all the more notable.

He also displayed great shiftiness, among the league leaders in forced missed tackles on receptions, and he also displayed his aloofness on special teams as a punt returner. Given how well he played in this particular area, it’s hard to imagine that he could actually be even better at 100 percent.