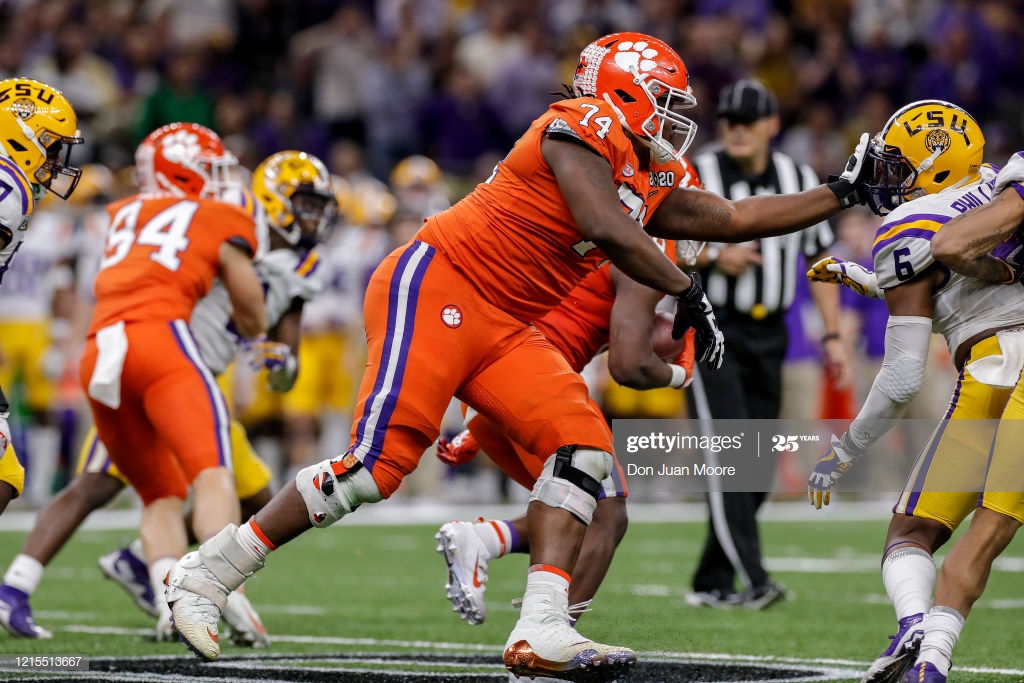 Just like that, we’re on the final day of the 2020 NFL Draft. Busy day for the Pittsburgh Steelers, especially right off the top, with a pair of picks in the 4th round (124 and 135 overall). While NFL team’s boards will be all over the place, and Day Three is always difficult to predict, here are some names that make sense for Pittsburgh throughout the day.

Stephen Sullivan/LSU: If you’re looking for a 6th/7th round flier, Sullivan is as good of an option as you’ll find in a relatively poor tight end class. Sullivan converted from WR to TE for his senior season and was stuck behind Thadd Moss for most of the year, unable to enjoy the fruits of the Tigers’ explosive offense. He’s leggy as heck and needs a lot of development to add strength, muscle, and become a much better blocker, but he could sit on the practice squad for a year and compete for a roster spot in 2021.

Jon Runyan/OG Michigan: If the Steelers want an old-school linemen with bloodlines, look no further than Runyan. Spent most of his Michigan career at left tackle but had some experience at guard and projects best there in the NFL. Thickly built with functional strength and a nasty attitude, he made 26 career starts.

John Simpson/OG Clemson: Should Pittsburgh want to get a mauler in the run game and potentially improve that side of things, Simpson fits well. Battled an ankle injury throughout his senior season but he has a ton of upper body strength and creates movement as a run blocker. Isn’t the best athlete laterally but his size makes him hard to get around.

Tyler Biadasz/OC Wisconsin: Of the centers remaining, Biadasz is the top dude. Concerns about his medical, coming off a shoulder injury, but he led the way for Jonathan Taylor’s dominance at Wisconsin. A 41 game starter, he won the Rimington Award for college football’s best center.

Kevin Dotson/OG Louisiana-Lafayette: Dotson is an underrated, nasty run blocker and the first Rajun Cajun to be named a First-Team, AP All-American. Similar to Simpson if you want a people mover in the run game, even though he probably won’t start in Year One.

Rashard Lawrence/LSU: Lawrence has been one of my favorite players to mock, doubly so now that Davon Hamilton is off the board. Lawrence is feisty with an impressive motor. His uncle played with Karl Dunbar at LSU. Would fill a need and a position I hope they address it sooner than later.

Leki Fotu/Utah: Some other nose tackle options if Lawrence isn’t their dude. Fotu is an old-school plugger who won’t offer much in the pass game but he’ll plug the middle at a whopping 6’5, 330 and 34 1/4 inch arms.

Bravvion Roy/Baylor: Roy is an underrated prospect. Squatty body in the mold of Casey Hampton, he had an impressive 5.5 sacks as a senior and metrically, was one of the best run pluggers in college football. At 6’1, 330, if he’s there in the 6th, he’ll be tempting.

Evan Weaver/California: Similar to Tyler Matakevich but arguably slightly better with a steeper ceiling, Weaver was a tackling machine for the Golden Bears. Best downhill and supporting the run, he should be able to make an immediate impact on special teams in Year One.

Shaun Bradley/Temple: Name we haven’t mentioned much but the Steelers have some level of interest. Bradley confirmed he spoke with Mike Tomlin during the pre-draft process. Thinner frame but an above average athlete comfortable playing in space, he was a three year starter for the Owls.

Khaleke Hudson/Michigan: Dimebacker type that doesn’t have a true position at the next level but was a playmaker for the Wolverines. Struggles with his processing but a reliable tackler, physical player, who did a little bit of everything in Don Brown’s offense. Also a Western PA native, growing up in nearby McKeesport.

K’Von Wallace/Clemson: Unfortunately, safety thinned out pretty quickly. Wallace easily the best of the bunch. High character, strong on special teams, with safety/slot corner versatility. Tested very well at Indy, too. The one Pro Day Tomlin and Colbert attended was the Tigers.

Geno Stone/Iowa: Average to below average athlete but sticks his face in the fan with some devastating blows and an impressive zone processor. Western PA native from New Castle but was overlooked out of high school; Iowa was his only Power 5 offer.

Josh Metellus/Michigan: Throwing as many Michigan and Clemson names as I can here. Bound to get one of these right. Metellus lacks an incredibly high ceiling but tested well and he’s physical. 186 career tackles and five interceptions.

Alohi Gilman/Notre Dame: Late round flier. Hair-on-fire player but an underwhelming athletic profile who at best, is a #3 safety/special teamer. But again, options here aren’t the best.

Brian Cole/Mississippi State: Good athlete. Began his career at Michigan as a wide receiver, left school, went the JUCO route, and resurfaced as a DB for the Bulldogs. He’s raw and won’t help for anything beyond special teams for at least a season but the Steelers clearly are in the market for taking upside/toolsy players, as the selections of Claypool and Highsmith indicate.