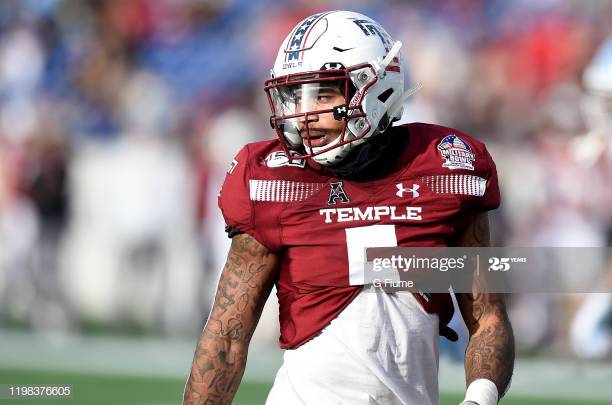 While teams do their homework on tons of prospects, in a draft year where information is scarce, anything we can learn and share is worth doing. In a recent interview with Temple Update and their show Temple Timeout, Temple linebacker Shaun Bradley says he’s spoken to the Steelers, including head coach Mike Tomlin.

“Absolutely, I have been talking to the Steelers,” Bradley told the show. “I talked to Mike Tomlin. That was the craziest thing ever.”

Bradley says he’s talked to many teams throughout the process, including the Philadelphia Eagles and New York Giants, so Pittsburgh’s interest only means so much. Still, anytime the head coach gets on the phone and wants to have a conversation, it’s safe to say that player is getting good reviews by scouts and working his way up to the ladder to decision-makers like Tomlin and Kevin Colbert.

At Temple, he started his final three years and compiled 256 tackles (22 for a loss) with eight pass breakups, three interceptions, three forced fumbles, and a pair of sacks. He wasn’t invited to the Senior Bowl but played in the NFLPA All-Star game.

Draft Scout has Bradley projected to be a Day Three selection, most likely to be taken in the 5th or 6th round. Draft Countdown has him listed as their #10 inside linebacker.

Check out the full show below. Bradley talks about the Steelers around the 13:30 mark.