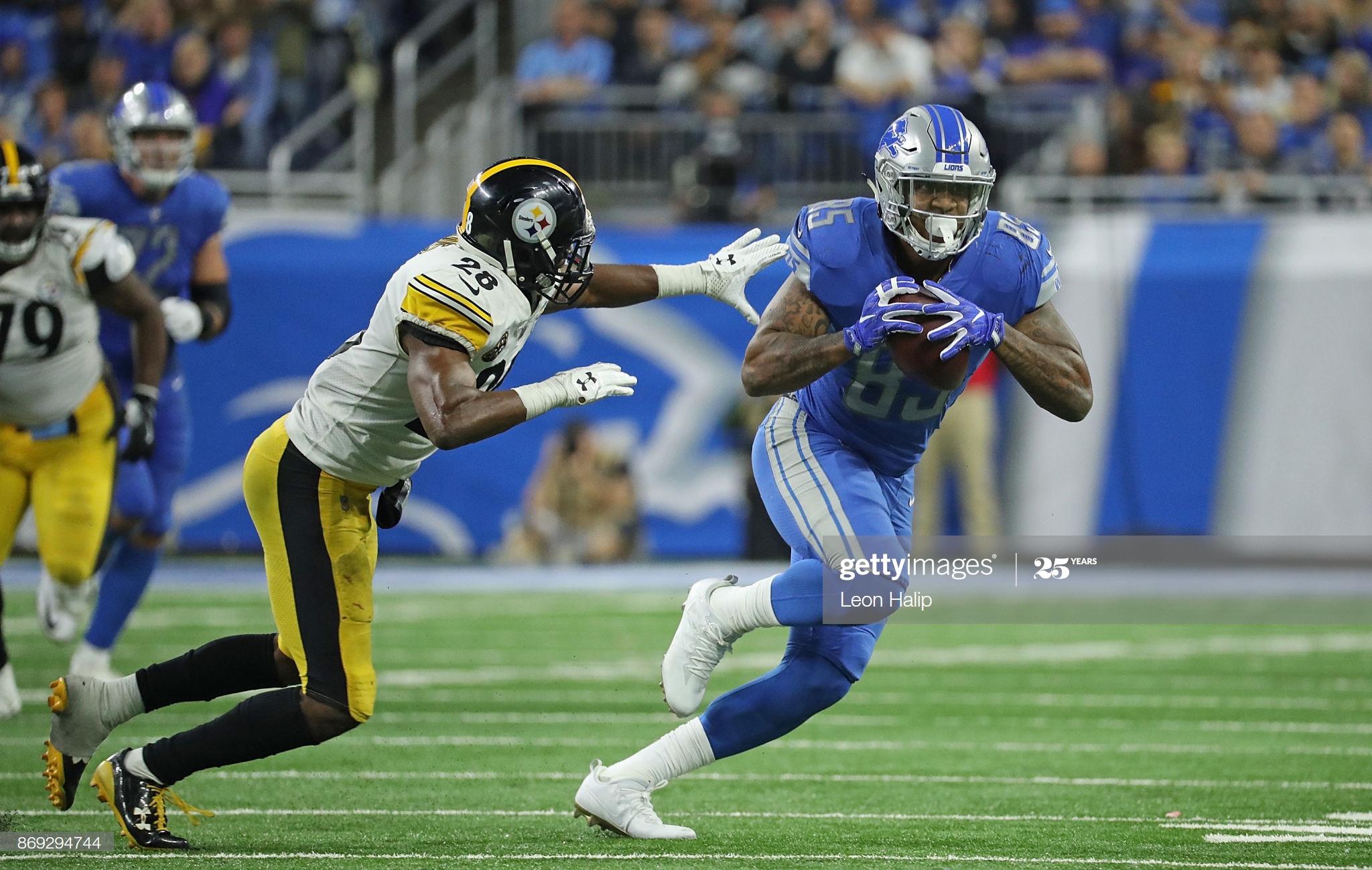 It may not have made quite as many ripples as last year’s, but the Pittsburgh Steelers still managed to make something of a ‘splash’ during free agency in 2019 with limited cap space, with their biggest signing being a two-year contract with veteran tight end Eric Ebron that is reportedly worth $6 million per year.

The former first-round pick of the Detroit Lions has spent the past two seasons with the Indianapolis Colts, with very different results. Playing with Andrew Luck in 2018, he made the Pro Bowl with 13 touchdowns, gaining 750 receiving yards. His numbers were dramatically reduced playing with Jacoby Brissett last season. He also missed the final five games due to an ankle injury he says he played through all year, and on which he had surgery.

The contract took a while to finally be consummated, only in recent days, and that is likely due to some uncertainty surrounding the current state of his health, since teams are unable to bring in players for physicals, so they have to rely on third-party information. That was clearly a point of hesitation.

Said Kevin Colbert to reporters yesterday, “he’s a premiere type of receiving tight end when he’s healthy”, admitting that “it’s hard to predict” whether or not he, or really any player, will be able to stay healthy, via Joe Rutter of the Pittsburgh Tribune-Review.

Noting that he was a player that they “knew we had no chance of drafting” when he came out of college, Colbert said of Ebron, “when he’s healthy, he’s a solid contributor and he gives us another weapon in the passing game, for sure”.

The Steelers will pair him with Vance McDonald, who has spent the past three seasons with the Steelers since being acquired via trade in August of 2017. He is coming off of a disappointing season that was shaped in part due to injury, but the team restructured his contract in an indication that he remains safe.

Pittsburgh ordinarily holds a great preference toward bigger-bodied tight ends who are two-way players capable of holding their own in the blocking game. That is not Ebron’s model, which of course the team knows going in, and they will use him accordingly, with Colbert noting his “definite athleticism, red zone production, and ability to run after the catch”.

Even though the Steelers had the top-ranked red zone offense in 2018, they were at the bottom of the league last season, and the absence of Ben Roethlisberger can’t entirely account for the vast disparity between the two. They are hoping that a target such as Ebron will be able to help with that problem.