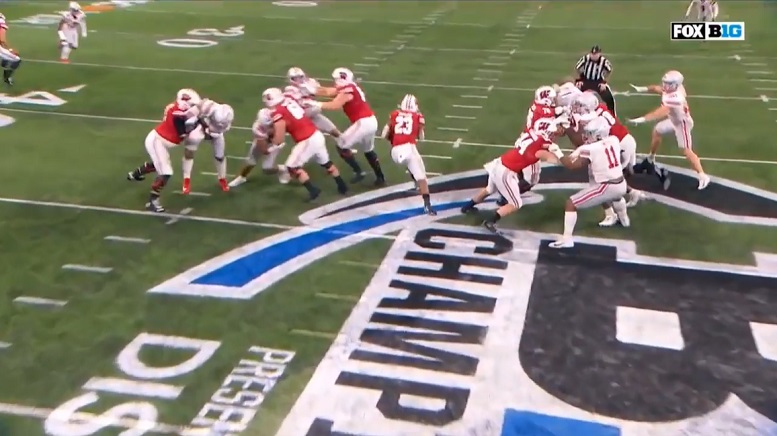 In my Wednesday post about Wisconsin running back Jonathan Taylor I made sure to highlight several of his positive attributes while attempting to explain why I view him as a risky pick for the Pittsburgh Steelers in the second-round of this year’s draft. Despite me naming a few of Taylor’s positives attributes in that post, it wasn’t enough for the members of his fan club. A few of those people emailed me Wednesday night and asked that I highlight things such as Taylor’s explosive runs during his college career instead of focusing on his mileage, career fumbles and lack of passing game contributions.

As I always aim to please and as I always love to show full contextualization outside of stats, today we’ll look at the double explosive runs that Taylor had during his college career at Wisconsin that I made sure to highlight in my Wednesday post on him.

In total, I have Taylor down for 19 double-explosive runs during his three years at Wisconsin. These are runs that registered 40 or more yards and a lot of times result in touchdowns being scored. In fact, 11 of Taylor’s double-explosive runs in college did indeed result in touchdowns on those plays. Those 19 runs also totaled 1,069 yards, which is 17.3% of the 6,174 yards that Taylor rushed for in his three seasons at Wisconsin.

Below is a play-by-play contextualized breakdown of all 19 of Taylor’s double explosive runs at Wisconsin. The data includes how many yards down the field that he encountered his first contact (FC) along with how many legitimate tackle attempts he broke (BT) on each run. A video compilation of the 19 double explosive runs follows the charted contextualized data and I highly suggest everyone watch it.

The things that stick out the most about Taylor on these 19 double explosive runs are his vision, his straight-line burst and speed in the open field and his ability to break arm tackles.

One other thing that needs to be highlighted, which I did in the Wednesday post, is that Taylor ran behind an awesome offensive line unit during his three years at Wisconsin. While not Taylor’s fault on most of these 19 double-explosive runs contextualized in this post, he had some huge holes and lanes to run through.

On a lot of these runs, Taylor’s five or more yards past the line of scrimmage before any legitimate first contact is made. Additionally, most of these runs require him to only break one tackle at the most. A few of the runs that Taylor broke two tackles on included the final attempt being way down the field and often included a desperate diving attempt at the running back’s feet.

While these big runs are certainly huge feathers in the Taylor’s cap, just like his 17 career college fumbles, contextualization of each is important. In total, Taylor registered 45 runs at Wisconsin that resulted in gains of 20 yards or more. 19 of those 45 runs are highlighted in this post.

If you can do so with an open mind, read the data below and watch the included video and let me know your objective thoughts on these 19 double-explosive runs that Taylor registered during his college career at Wisconsin.