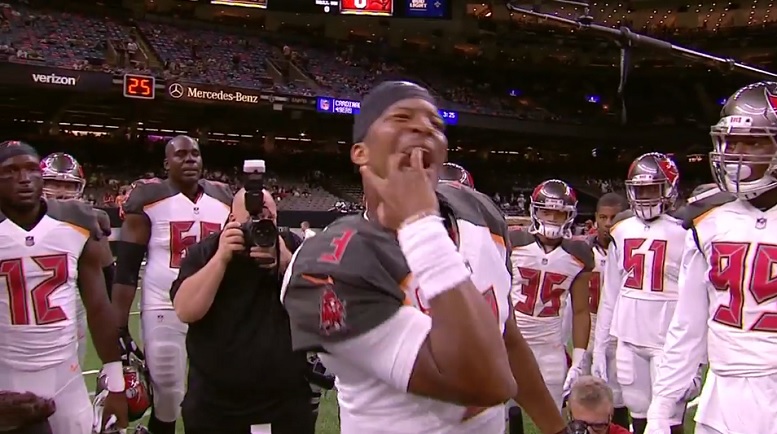 Earlier this week, former Pittsburgh Steelers head coach and current CBS Sports analyst Bill Cowher made an appearance on WFAN and discussed a variety of topics pertaining to both the Steelers specifically and the NFL more broadly.

As it concerns his former team, one topic that host Boomer Esiason raised was about the state of the quarterback position and its long-term future, with 38-year-old starter Ben Roethlisberger, who has two years remaining on his contract, coming off of elbow surgery.

As has so often been the case, he brought up former Tampa Bay Buccaneers quarterback Jameis Winston and whether or not it would be a fit for the Steelers. Cowher was surprisingly open to the idea—but with a pretty major caveat.

“I think it would be a great fit, if only from the standpoint that I kind of sense where Pittsburgh is going with this football team”, he said. “It’s been a team whose identity has been on the offensive side of the ball with the Killer Bs, with Ben and Bell and Brown. Now I think what we saw a little bit, a transformation last year, was getting back to the way it used to be, with a very defensive-minded football team”.

“I think Jameis Winston could be a good fit. If he’s willing to accept that one-year, sitting behind Ben. And maybe two years”, he added. There’s the rub. While Winston’s market has admittedly been cooler than anybody anticipated, it’s hard to imagine him settling for a low-paying backup job. But that’s what he would have to do.

“I just think that that would be the biggest obstacle to overcome, is Jameis to sit there and not think he has a chance to compete for a job, and to take a minimal salary, because that’s what he’s going to have to take to go to Pittsburgh, that’s going to be contingent on him playing”, Cowher went on.

“I just don’t know if that fit will happen right now just because of the timing of it”, he added. “But it will be interesting to see where Jameis lands. He’s a guy that’s been feast or famine. He’s made a lot of questionable judgements at times, the throws that he makes, but a whole new setting and a chance to kind of just reinvent himself would be a good thing for him, but it’s got to  be in the right place”.

No matter how much football sense it might make—and that absolutely can be contested—it’s improbable to imagine it making financial sense. At this point, Winston will likely sign with a team soon after the draft, at which point he won’t factor into the compensatory formula, signed by a team who was looking for a quarterback but didn’t get one—or who did, but who wants somebody to teach him, and somebody to start if the offseason prevents the rookie from being ready.