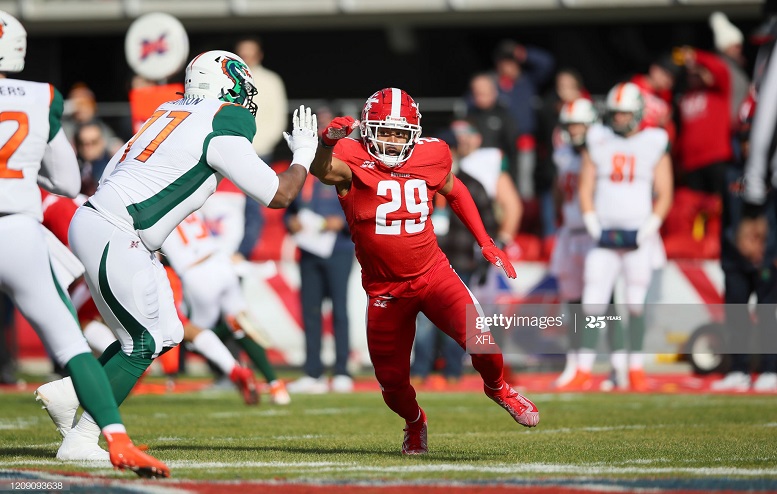 The Pittsburgh Steelers have reportedly signed another former XFL player.

According to agent Vince Calo on Twitter, safety Tyree Kinnel signed a contract with the Steelers on Wednesday. Kinnel most recently played with the DC Defenders.

Kinnel, 23, originally signed with the Cincinnati Bengals as an undrafted free agent out of Michigan, where he registered 154 tackles, two interceptions and one sack during his college career. At his 2019 pro day, Kinnel reportedly measured in at 5110, 207-pounds.

Kinnel recorded 17 total tackles with no sacks or interceptions this past season in the XFL.

Kinnel is the third XFL player to sign with the Steelers so far, joining defensive tackle Cavon Walker and tackle Jarron Jones.