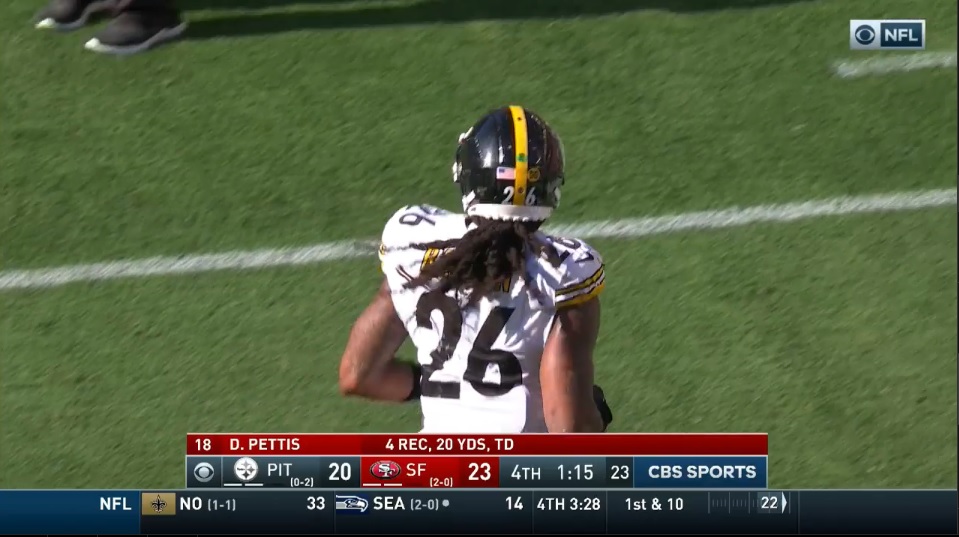 The Pittsburgh Steelers have cut two more players as they get under the cap space before the start of the new league year, releasing Mark Barron and Johnny Holton. That’s in addition to cutting OLB Anthony Chickillo, a move reported earlier in the day.

We have terminated the contracts of LB Mark Barron, LB Anthony Chickillo and WR Johnny Holton.https://t.co/FXLGm4G9yD

Barron signed with Pittsburgh last offseason after being cut by the Los Angeles Rams. As an every down player in Pittsburgh, he finished 2019 with 82 tackles and three sacks. But his contract wasn’t worth his play and Devin Bush’s role will expand in 2020, making him expendable.

Holton carved out a role as a special teamer but struggled as a receiver. He caught only three passes on 15 targets for 21 yards.

Releasing both players clears up roughly $4.8 million in cap space.

The #Steelers save $4.64 million in 2020 salary cap space by cutting Mark Barron and $215,000 in cap space by releasing Johnny Holton after Rule of 51 roster displacement.

Moves that were needed after the team decided to place the franchise tag on OLB Bud Dupree, which costs the team nearly $16 million in 2020.

As of now, Ramon Foster remains on the roster. He was one of the expected cap casualties but no move has been announced as to his future. Of course, that could change.