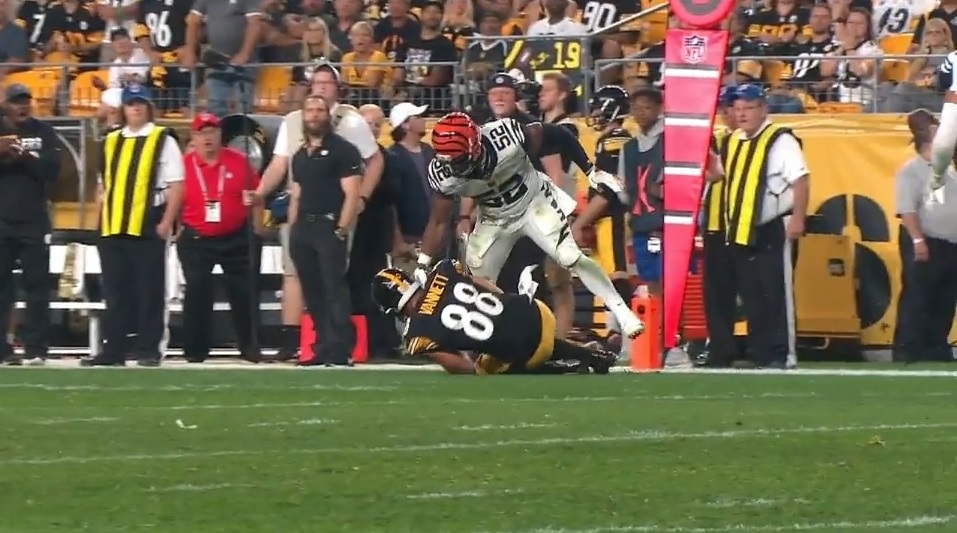 It’s been a busy Saturday for Pittsburgh Steelers unrestricted free agents as yet another one has signed with a new team.

According to several reports on Saturday, tight end Nick Vannett has come to terms with the Denver Broncos on a two-year contract. Vannett, an Ohio State product, reportedly signed for $5.7 million for two years and his deal included a signing bonus of $1.75 million.

Vannett, who was acquired by the Steelers early in the 2019 regular season via a trade for with the Seattle Seahawks, played in 13 games with Pittsburgh and caught 13 passes for 128 yards. Vannett did not show to be a great run blocker in the 13 games that he played last season with the Steelers and that was disappointing to see.

While the Steelers liked Vannett during the 2016 pre-draft process, he ultimately was drafted by the Seahawks that year in the third-round. He caught 48 passes for 463 yards and four touchdowns for the Seahawks in the 42 total games that he played in. The Seahawks traded Vannett to the Steelers after Week 3 in exchange for a fifth-round selection in the 2020 NFL Draft.

It was evident the team was prepared to move on without re-signing Vannett on Friday when they came to terms with tight end Eric Ebron on a two-year, $12 million contract. The Steelers also restructured the contract of tight end Vance McDonald recently which guarantees he’ll remain in Pittsburgh for at least one more season.

The one memorable play that TE Nick Vannett made last season with the #Steelers. Poof goes a 2020 fifth-round selection. pic.twitter.com/AdLpopVrEh