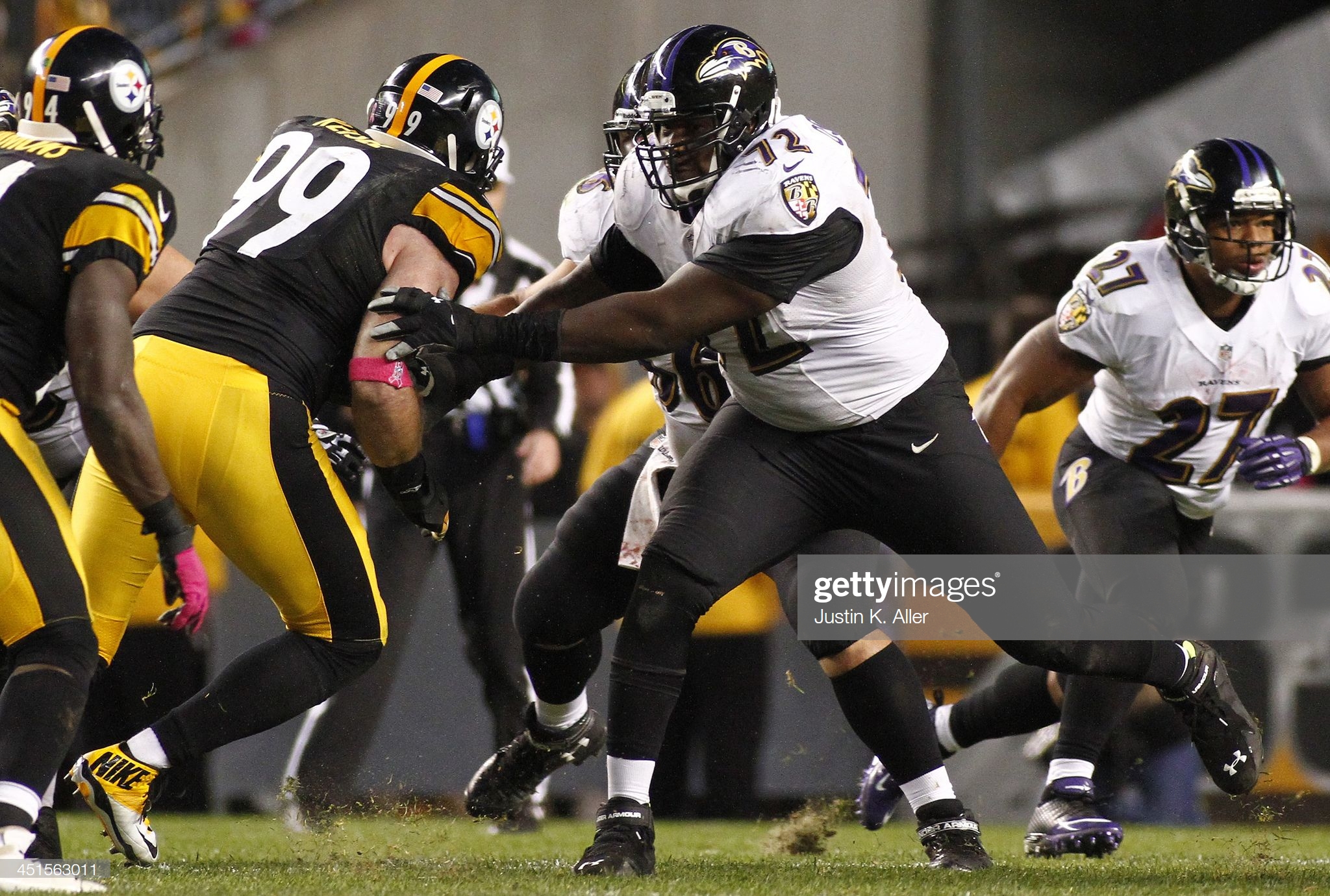 With Marshal Yanda announcing his retirement, the Baltimore Ravens understand that they have a hole to fill in their starting offensive line. While they have some in-house candidates they could turn to if necessary, such as James Hurst (after serving a four-game suspension) and 2019 rookie Ben Powers, they are reportedly weighing a more significant option, including a reunion.

The Ravens once drafted Kelechi Osemele in the second round of the 2012 NFL Draft. He developed into such a good player that, by the time he signed with the Oakland Raiders in free agency four years later, he reset the market for the guard position.

The Raiders traded him to the New York Jets last year, but that relationship ended badly after Osemele suffered a shoulder injury. The team disagreed that he should have surgery. He opted to have surgery on the advice of his own doctor. That resulted in them opting to release him in October, and he has technically been a free agent since, though of course recovering from surgery.

While Osemele, now 30, is not quite the high-end player that he once was, he would be a strong option to fill in that guard position if they can manage to reconnect with him at an affordable price, while retaining the team’s depth along the offensive line.

Baltimore’s offensive line has developed into one of the best in the league in recent years, bookmarked by a very strong pair of tackles in Ronnie Stanley and Orlando Brown, Jr. center Matt Skura is also well-regarded, though he missed time due to injury last season.

Despite some of the shakeup that they had along the interior in 2019, the offensive line helped pave the way for the most dynamic rushing game in NFL history, setting a new single-season rushing record, though they did so through a variety of means, largely dictated by scheme, and also accredited to the blocking of the tight end and wide receiver positions, not to mention Lamar Jackson’s rushing ability as a quarterback.

The absence of Yanda, who has been a longtime fixture in their starting offensive line for over a decade, and has been recognized with eight trips to the Pro Bowl, will be a test of their resolve, but the ability to bring in Osemele, if feasible, would certainly do much to lessen the blow.