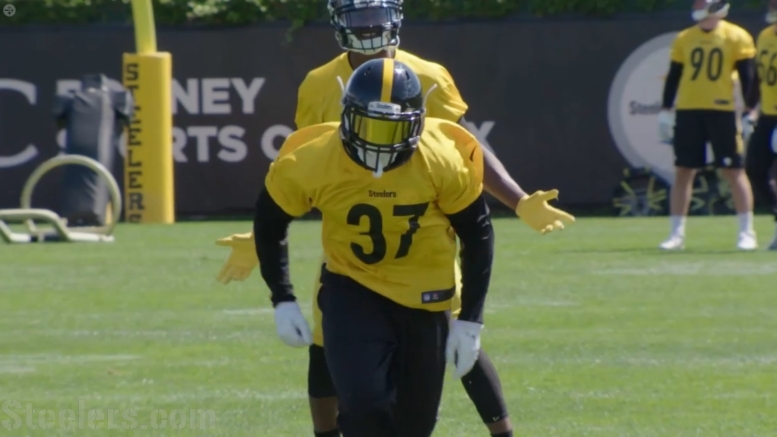 Though the Steelers have yet to re-sign him, it’s hard for me to imagine that Jordan Dangerfield will not be brought back for the 2020 season. I don’t know whether or not the team even views him as a defensively viable safety, but he is a 300-snap-a-year special teams contributor, and in an offseason in which they parted with four significant players in that phase, his services are valuable.

They also lack for safety depth in general, with their number three and four safeties from last season, Sean Davis (a starter at the beginning of the year) and Kameron Kelly no longer available to them. Davis signed with Washington and Kelly—well, he got himself into trouble.

The only other safeties outside of the starters that are on the 90-man roster right now are Tray Matthews and John Battle, both rookie or first-year players who were signed to futures deals and have no in-game NFL experience. Them, and Marcus Allen, whom the team didn’t feel worthy of carrying on the 53-man roster in a year they only had four safeties.

The curious thing about Dangerfield, who is the third-longest-tenured defender on the team behind Cameron Heyward and Vince Williams (alongside Stephon Tuitt), is that he actually has two NFL starts under his belt, both of which came back in 2016. And he played well in those games.

But since then, more or less, the Steelers haven’t given many indications that they are willing to entrust him with a direct backup role. They had a package for him in 2018 in which he replaced a cornerback against 23 or 32 personnel (no wide receivers, obvious run formations), but it was not utilized last season.

Dangerfield was a restricted free agent, but the Steelers understandably opted not to tender him. I would expect him to be re-signed for what should be close to the veteran minimum, if not the minimum salary. For a player of his accrued seasons, he would make $825,000, which would result in a cap hit after displacement of $215,000, plus whatever signing bonus he might receive, which would be small.