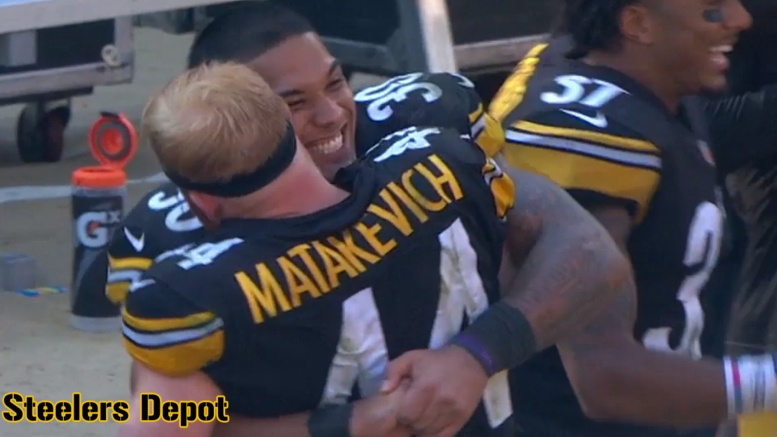 It’s time to talk about everybody’s favor. That’s right, we’re discussing Dirty Red today, the guy that only Alex Kozora seemingly thinks the Steelers need to re-sign. I admit that even I am not in that camp, though I think it’s possible they do re-sign him provided that the Collective Bargaining Agreement passes. He should not be very expensive, naturally, and roster displacement must be considered in weighing any contract that he might sign.

Otherwise, everybody already knows the drill at this point. Including the Steelers. He played fewer snaps on defense in 2019 than he did in any of his three previous seasons, even as a rookie in 2016. Pittsburgh felt so strongly about the need to upgrade the inside linebacker position defensively that they went out and signed Mark Barron, then traded up in the first round for Devin Bush, and finally came back in to get Ulysees Gilbert III in the sixth.

It may be a combination of Gilbert and Robert Spillane that see to Matakevich’s way out of town, however, as they each demonstrated the potential to replace, or come close to replicating, what Dirty Red best offered the team, which is special teams ability.

Matakevich is very good in his role, but Gilbert is the future there, and can’t be risk. I also can’t deny being intrigued by Spillane, who seems to be a Matakevich type himself, yet only going into his second accrued season.