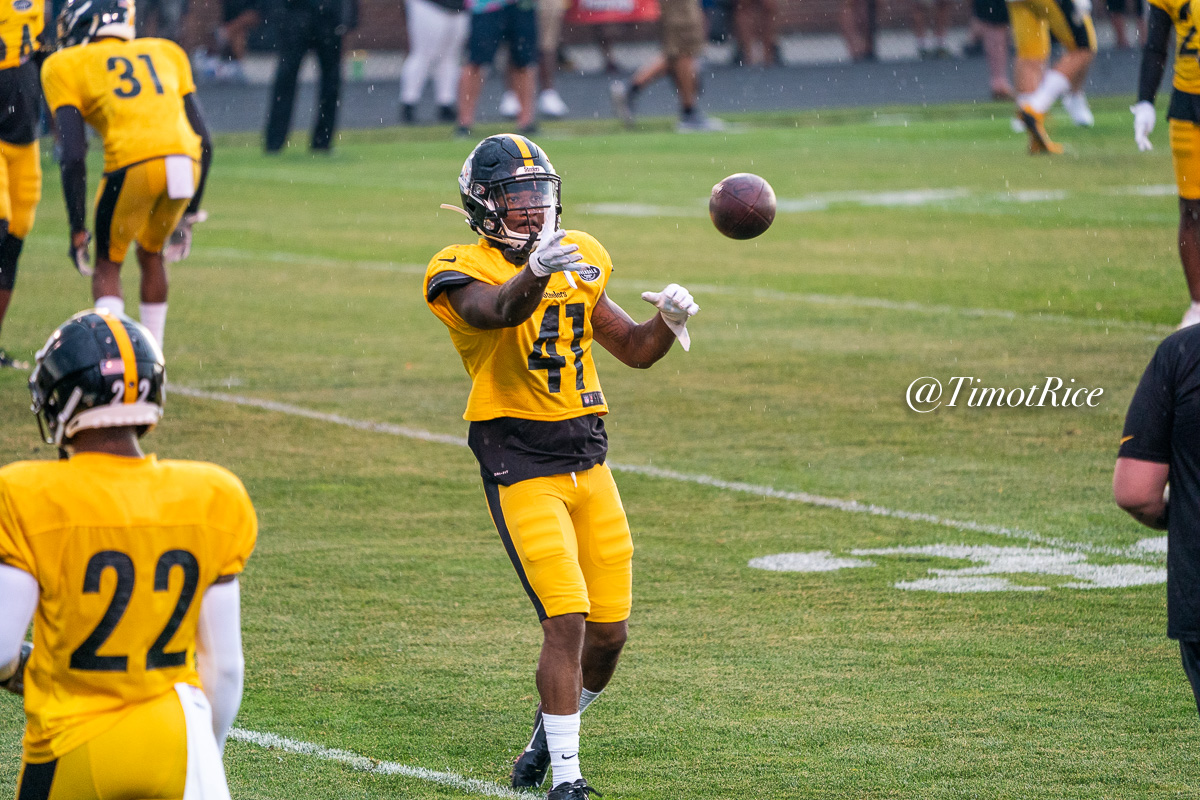 After releasing Mike Mitchell and Robert Golden, the Steelers still managed to enter the 2018 season with six safeties on their 53-man roster. Joining retained players Sean Davis and Jordan Dangerfield were a pair of free agent signings in Morgan Burnett and Nat Berhe, and a pair of draft picks: Terrell Edmunds and Marcus Allen.

Fast forward one year. Berhe’s contract expired. Burnett was released. Allen is unproven and Dangerfield is strictly a special teamer. Safety depth needed to be addressed, and they failed to do it in free agency or the draft, so focus was put on a pair of college free agents, including Dravon Askew-Henry out of West Virginia by way of Aliquippa.

While the versatile defensive back was somewhat hyped coming in, he failed to make much of an impact during his time in Pittsburgh, and truth be told, it doesn’t appear he was particularly close to making the practice squad. He did record nine tackles and a pass defensed in the preseason over four games.

After he was waived, Askew-Henry would enter the XFL Draft, where he was selected by the New York Guardians. There he played cornerback, splitting time between the boundary and the box.

He would go on to play in all five games, starting three, registering 11 tackles and five passes defensed, though he also drew three penalties. After the XFL season ended, he has reportedly been signed to a contract by the New York Giants, so for now, he is back in the NFL.