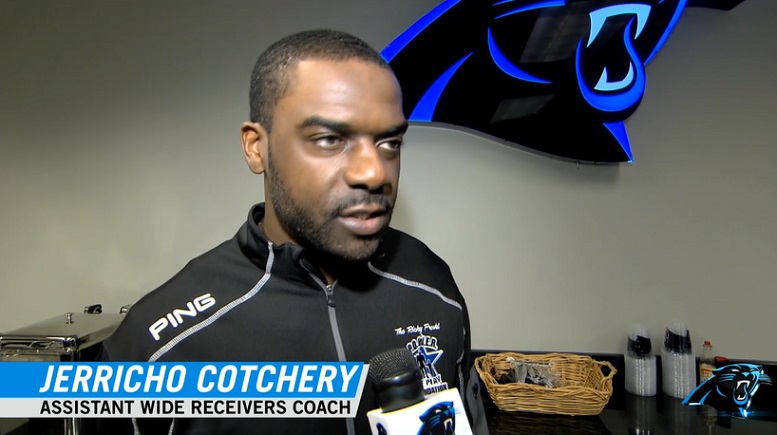 A Sunday report out of Columbia, SC indicated that South Carolina coach Bryan McClendon would be hired to be the new wide receivers coach of the Pittsburgh Steelers. The Steelers, however, have yet to announce such a hiring on Monday and a different report now has the job still being open with another person, a former NFL wide receiver, also interviewing for it.

According to Gerry Dulac and Ray Fittipaldo of the Pittsburgh Post-Gazette on Monday, McClendon is at the Steelers’ South Side facility on Monday and is the latest candidate to interview for the position of wide receivers coach. Additionally, former Steelers wide receiver Jerricho Cotchery, who was an assistant wide receivers coach for the Carolina Panthers the past three seasons, reportedly interviewed for the position on Friday. In short, no hire has reportedly been made by the team at the time of this post.

Cotchery, who was originally drafted by the New York Jets out of North Carolina State in 2004, played three seasons with the Steelers from 2011-2013 and at that time mentored then-younger wide receivers, Antonio Brown, Mike Wallace and Emmanuel Sanders. Cotchery caught 79 passes for 1,044 yards and 12 touchdowns in those three seasons.

After playing his final two seasons in the NFL with the Panthers, Cotchery became the team’s assistant wide receivers coach in 2017 and he held that position for three seasons in total.

We’ll have to wait and see how this ultimately plays out and while McClendon does indeed appear to be a candidate for the job, it doesn’t seem as though it is his at the time of this post.

The Steelers are looking for a new wide receivers coach to take over for Ray Sherman, who was the interim at the position for all of the 2019 season due to the sudden passing of Darryl Drake during training camp.