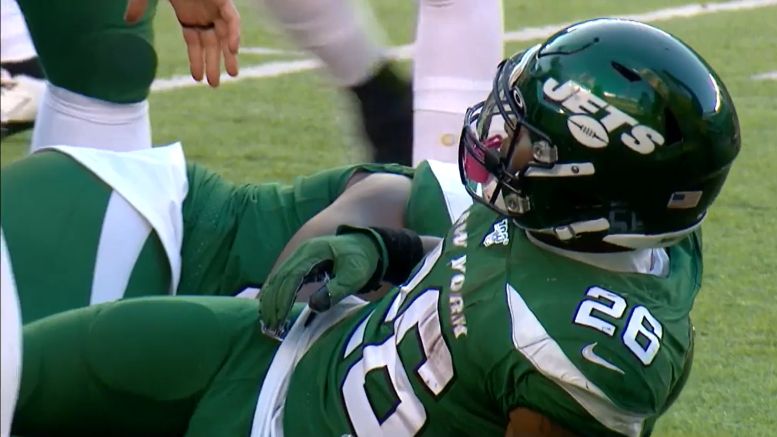 It doesn’t seem as though it was all that long ago that the running back was one of the most respected positions in the game, both in terms of what they contribute on the field and how they are compensated. The bubble burst on the running back market a decade ago. While it looked to have finally recovered over the past couple of years, however, one can’t help but wonder if it will soon burst again.

Already, the teams who have signed running backs to major deals—the Los Angeles Rams with Todd Gurley, the Arizona Cardinals with David Johnson, and the New York Jets with Le’Veon Bell—have been rumored to be unhappy with the arrangement, and may even look to get out of it.

There are reports that the Cardinals may release Johnson this offseason. As for Bell, he was reportedly already on the trade block last year, but the Jets understand this is unlikely to happen—precisely because of the deal that they signed him to. Nobody else wants to pay him that, even though the Pittsburgh Steelers did, in fact, try to give him a bunch of money a couple of years ago.

Pretty much everybody is glad that they didn’t, at this point. In his first season with the Jets in 2019, after taking a season off to avoid injury while under the franchise tag, Bell posted his worst season. He rushed for just 789 yards in 15 games on 245 carries, averaging just 3.2 yards per attempt. He caught 66 passes, only adding 461 yards. He scored four total touchdowns.

He was rumored to have ballooned up to 260 pounds or more at one point or another during 2018, the year he was out of the game. According to Rich Cimini, the beat writer for the Jets for ESPN, the team “felt Bell gained weight and lost explosiveness as the season went on”.

When healthy, Bell was a multiple-time first-team All-Pro during his five-year tenure with the Steelers, who drafted him in the second round out of Michigan State in 2013. He set the franchise record for the most yards from scrimmage in a single season, and through his first five years, had the highest yards from scrimmage per game figure in NFL history.

The Steelers franchise tagged him in 2017, and he played that year. When they tagged him again in 2018 and they failed to work out a long-term deal he could agree to due to differences of opinion over guaranteed money, he chose not to play, though he didn’t inform anybody on the team of his plans.

Bell would go on to sign a four-year deal with the Jets last offseason, totaling $52.5 million and containing something like $27 million in fully guaranteed salary at signing. If New York wanted to release him this offseason, they would actually add $3.5 million to their salary cap because he has $13 million in base salary and roster bonus fully guaranteed for the year.