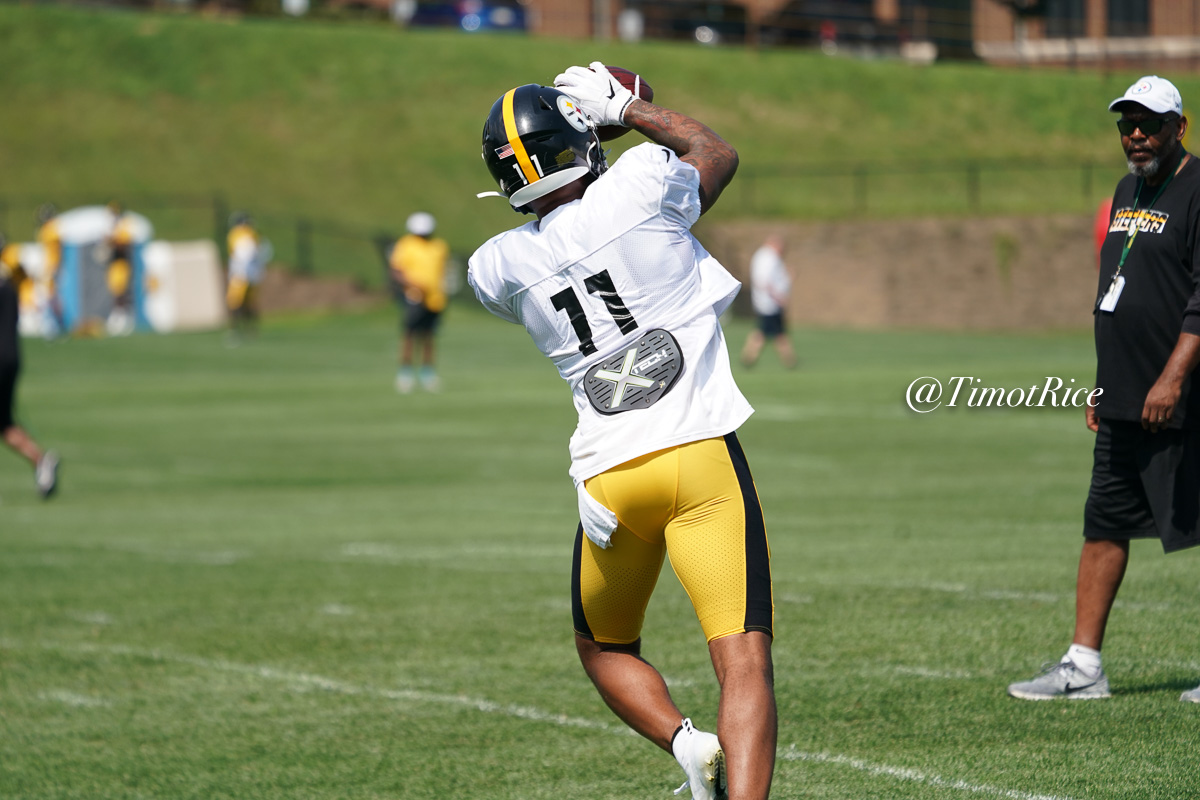 While I realize that he didn’t play much of a role for the Steelers in 2019—or in any other year, by extension—the fact of the matter is that they had big plans for Donte Moncrief last year. Signed as an unrestricted free agent and installed as the presumptive starter opposite JuJu Smith-Schuster, the former Indianapolis Colts and Jacksonville Jaguars wide receiver was supposed to hit new heights playing with Ben Roethlisberger.

As it would turn out, neither would play very much, and yet ironically only Smith-Schuster would be on the receiving end of more of Roethlisberger’s pass attempts. Of the 62 passes that he threw last season, 11 went to Smith-Schuster, and 10 went to Moncrief.

He caught three of them, for seven yards, without a first down. He finished the season with four receptions on 15 targets for 18 yards, with four dropped passes, the final one being one that turned into an interception for Mason Rudolph.

After the second game of the season, the Steelers would start making Moncrief a healthy scratch, only dressing a few times thereafter due to injury. The veteran himself had suffered a finger injury early in training camp, from which he apparently never fully recovered, yet he was never on the injury report or anything like that.

Toward the middle of the season, after the Philadelphia Eagles released L.J. Fort, the Steelers made the correct decision by releasing Moncrief. Fort was one of their free agents, and Philadelphia cutting ties would have meant that they would have lost a third-round compensatory draft pick for the loss of Le’Veon Bell unless they made a corresponding move. Releasing Moncrief was that corresponding move.

The Carolina Panthers would go on to claim him, and he would dress and play in three games, though only amounting to 25 snaps. He was never targeted and thus obviously did not catch a pass. He was released in early December and has been a free agent since then.