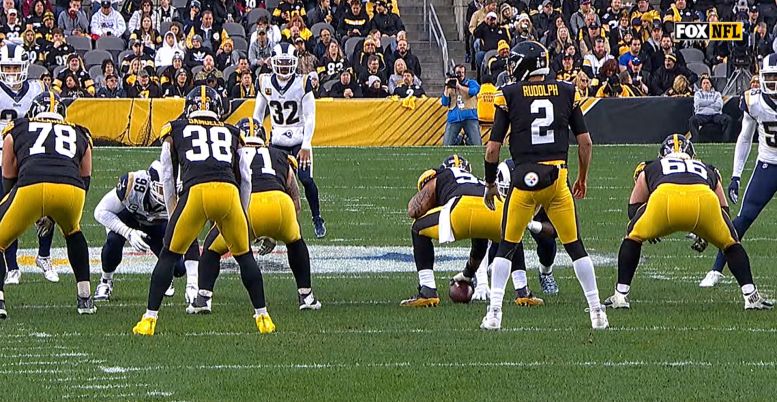 The Pittsburgh Steelers have among the most decorated offensive lines in the NFL, particularly with Maurkice Pouncey and David DeCastro at center and right guard, respectively. Both are in the Pro Bowl once again, Pouncey on his eighth, DeCastro, I believe, his fifth. Alejandro Villanueva did not make it this year, but has in the two years prior.

Their performance and stability have been frequently cited over the course of the past half-decade as the foundation upon which the Steelers’ offense, which has typically been among the better ones in the league, is built, allowing a high-powered aerial offense to function.

That came to a screeching halt in 2019, and that just so happened to coincide with Ben Roethlisberger going down for the season just six quarters into the year. Neither Mason Rudolph nor Devlin Hodges commanded the sort of pocket presence conducive to a strong passing game, often creating their own pressure and making their lineman look bad to the nescient observer.

The run game, there is less of an excuse for that, though even there was a carousel. In fact, they ultimately blocked for six different running backs, with James Conner missing nearly half the year. Both Jaylen Samuels and Benny Snell missed time, and then there was Trey Williams. Tony Brooks-James followed, who was then replaced by Kerrith Whyte. So revolving personnel affected their performance.

In spite of the offense’s terrible numbers, Pro Football Focus still recognized the Steelers’ offensive line as among the top 10 in the NFL for the 2019 season, ranking them ninth. They ranked first in the NFL at the end of last season. Ben Linsey writes:

Injuries to the quarterback, running back and wide receiver positions quickly turned one of the NFL’s better offenses from a season ago into a unit that averaged more yards per play than only the Redskins, Bears and Jets this season. The Steelers’ offensive line simply didn’t play at the same level it did last year when it finished the regular season as the top unit in the NFL for us at PFF. But they were still solid up front, particularly in pass protection, where they put up an 81.6 pass-blocking grade that trailed only the Ravens and Saints this season.

The 2019 season also marked the first since 2013 without Mike Munchak, who moved on with the Denver Broncos, replaced by his long-term protégé in Shaun Sarrett, who in fact had already been in Pittsburgh prior to Munchak’s arrival.

The question for 2020 and perhaps 2021 is how much longer this line has. Most of the line is now over 30. Ramon Foster could be cut soon. Villanueva is only under contract through 2020, as is Matt Feiler. B.J. Finney is an unrestricted free agent. They’ve had stability here for a long time, but it has to end at some point.