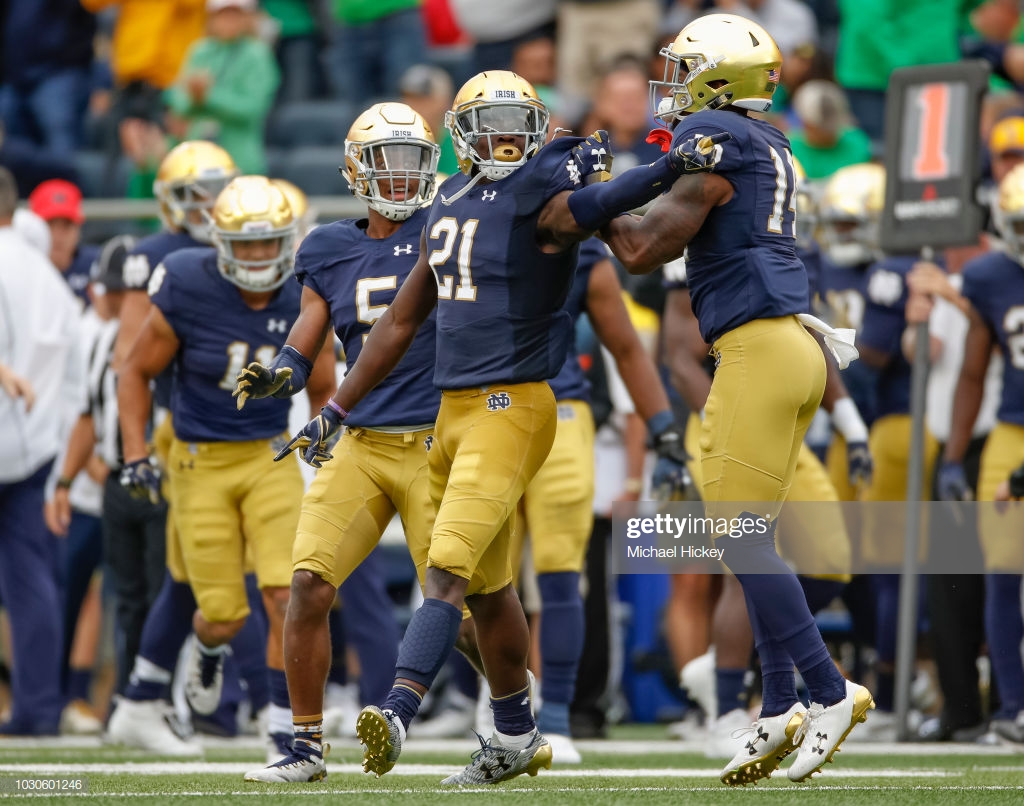 After Wednesday’s practice during Senior Bowl week, I caught up with Notre Dame safety Jalen Elliott. Here’s our interview. Our goal is to have a scouting report on him before the draft.

Question: Take me through this week. How have things gone the first two days?

Answer: It’s going great. We’ve got a great coaching staff. Great players around me. And I’m just so thankful to be here.

Question: What’s the #1 thing the Lions’ coaching staff have taught and preached?

Question: How much different is this playbook compared to yours at Notre Dame?

Answer: Just in terms of the game and some of the rules that restrict some of the coverages we can have is a little bit simpler. But we’re still learning every day and trying to get better.

Question: You played free safety today. Is that your most natural spot? Will you move around?

Answer: They’re going to be moving us around. That’s where they had me starting. Tomorrow, I’ll probably be down in the box some. Just showing I can be versatile.

Question: What’s it like having so many of your teammates here? Guys like WR Chase Claypool, CB Troy Pride Jr.

Answer: I think they’re doing great. I’m happy to see them all out here. We’re just preaching that everybody eats. So we’re excited to have everybody here.

Question: What are you pre-snap keys and reads?

Answer: My initial read is going to be the line. Just making sure if I see they’re high hat which is pass or they’re breaking glass as a run. but as the post safety, especially in the NFL, you want to be deeper than the deepest. So that’s big for me to be deep and just make sure and I keep a cap on things.

Question: Have you met with the Steelers yet?

Answer: I had a small encounter with them but not really yet.

Question: What do you know about the Steelers and what are you trying to show them and the rest of the league?

Answer: They have a great coaching staff. Everybody out here. We’re just here to get better and hopefully show our talents in front of them.